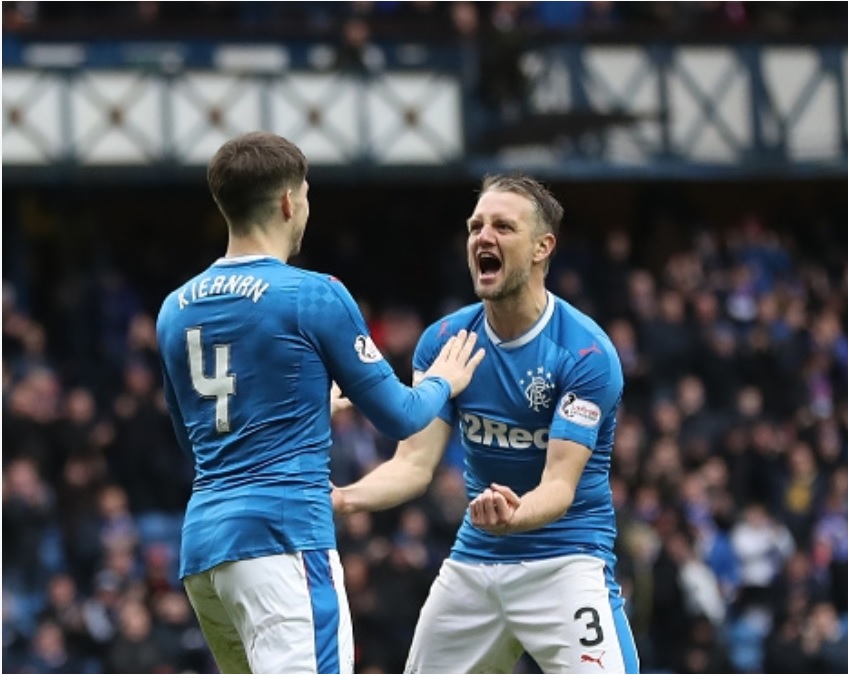 Rangers manager Pedro Caixinha’s summer overhaul at Ibrox is set to get underway in earnest with increasing speculation that his first port of call is defence with veteran stopper Clint Hill and under-fire Rob Kiernan appearing as the first likely casualties of the transfer window turnover.

Hill is out of contract and while keen to sign a new deal, his absence from first team starts over the past two matches plus the delay in any new contract being presented does force the possible conclusion that Caixinha is not interested in him long term.

Meanwhile Kiernan has, injury or otherwise, completely faded from the first-team picture and does not look likely to remain at Ibrox next season after a frankly poor maiden season in the SPL. Far from a fans’ favourite, Kiernan was a mainstay under his Uncle Mark’s tenure but has found first-team starts less regular since the Bread expired.

As such it is entirely possible Caixinha’s big two defensive links, Cagliari’s Bruno Alves and Al-Gharafa’s (formerly) on loan Rashid Sumaila now free agent could be the Portuguese’s earmarked first choice defensive pairing for next season.

The two have been heavily linked to Ibrox over the past few days and with Caixinha’s obvious Portuguese connections accounting for Alves and his former charge of Sumaila presenting the Ghanaian international as another strong link not to mention Sumaila’s agent’s claim that Rangers have made contact, Rangers’ central duo could be completely new come the Europa League qualifier.

With the more than able Danny Wilson as an excellent third option and possibly David Bates as backup, Hill and Kiernan not to mention Philippe Senderos could be part of the summer clear out which Rangers fans hope will see wholesale changes more worthy of the shirt than the current incumbents.