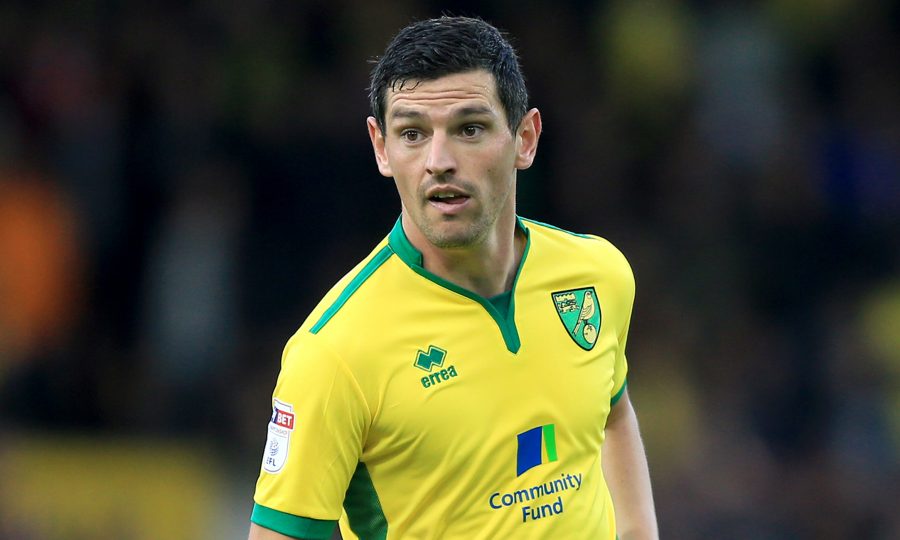 Graham Dorrans is from Barlanark, Glasgow, and has just turned 30. He is a Scottish internationalist who wants to continue to play an attacking midfield position with that keen eye to score goals in as many games as he can.

He played with Norwich City last season in the Championship after the regular Premiership team were relegated last season after a disastrous run of poor results.
Dorrans scored six goals in 24 matches for the Canaries in a campaign disrupted by a knee ligament injury he picked up at Reading on Boxing Day.

He was restored to the Norwich City line up by former interim boss Alan Irvine over the run in period, and scored in the 3-1 Easter Monday win at Preston, with Rangers scouts sitting in the stand watching a decent performance, hence their interest in bringing him to Ibrox.

Sporting director Stuart Webber reiterated recently that Norwich will have to sell to raise funds to bring in reinforcements during the transfer window.

The season before in 2015-16, he played 27 Premier League games for Norwich and would you believe – he didn’t manage a single goal for the first time ever.

It appears that Graham followed his childhood heroes Rangers as a boy and always wanted to eventually play for the Ibrox club before his career ended. Apparently he is taking a big drop in wages to succeed in his dream move to play for the one and only Glasgow Rangers.

A very young Graham Dorrans spent a period of his youth training with Rangers, before moving to the successful Livingston youth set up, that was giving young players the opportunity to play first team football. You don’t get that chance with Rangers or Celtic because of the pressure to try and win every match.

He spent the first half of the 2005–06 season on loan at Partick Thistle and made 15 league appearances and scored a very respectable five goals from his favourite attacking midfield role.

In his first full season in Livingston’s first team during the 2007–08 season, Dorrans won the Scottish First Division Players’ Player of the Year award and this got him noticed throughout the UK.

Tony Mowbray, the West Bromwich Albion manager, approached Dorrans to see if he could lure him down to England to play at The Hawthorns and that was the start of a long time playing career in the English Premier League.

Towards the end of the 2008–09 season, Dorrans was invited to sign an extended contract with West Bromwich which he was delighted to do, but as bad luck would have it, at the end of the season on 15 May, West Bromwich stated that Dorrans would be out for months with a broken metatarsal. The same foot injury that David Beckham had made so famous. Dorrans responded so well to the treatment of his foot injury that he scored his first goal for West Brom in a League Cup tie at Bury on 11 August 2009.

The 2009–10 season saw his performances back to where they were expected to be and this led to reported interest from several Premier League clubs. On 4 January 2010, Dorrans signed a new three-and-a-half-year deal at the Baggies, and during the 2009–10 season, Graham helped West Bromwich Albion gain promotion back to the Premier League and was named in the Championship Team of the Year in the process.

On 11 February the same year it was rumoured that Manchester City were ready to make a bid for Dorrans believed to be around £6 million. Dorrans was then named the PFA fans’ Championship player of the month for March 2010, following all his impressive performances.

Dorrans was easily one of the best all-round midfielders seen at West Bromwich since it was graced by the former England captain, Bryan Robson who left for Manchester United years earlier. In April 2010 the Baggies rejected an offer of £4 million to take him to West Ham United. The experienced Dorrans was only relegated once during his six campaigns in the Premier League with West Brom.

If you mention Dorrans to most Baggies fans, they will all retain fond memories of him. He was particularly impressive during the 2009-10 Championship promotion season under Di Matteo, when he scored 13 league goals and five in the cups.

On 8 July 2010 they again refused a further £5 million bid from West Ham and it was during this period that it was disclosed that former Livingston owner Angelo Massone had waived the financially stricken club’s right to 20% of Dorrans’ next transfer fee in return for only £50,000. It was speculated that the windfall from Dorrans’ potential transfer could have helped to save their financial plight.

On 19 July 2010, Dorrans signed a new four-year deal to keep him with West Bromwich and everything continued to go well with the player and the club.

Dorrans was finally made available for transfer by Tony Pulis who allowed him to leave The Hawthorns in January 2013, after he was left out of a match day squad. It was felt he was going stale in Birmingham after so many years with the same club and in season 2013–14, he only made 16 appearances, but despite this, he played more under new head coach Pepe Mel from Madrid, Spain, leading to Dorrans signing a new three-year deal in July 2014.

In February 2015, Dorrans joined Norwich City on loan for a month, which was successful and extended until the end of the 2014–15 season. The move was made permanent on 27 May 2015, just a few days after Dorrans helped the side win promotion to the Premier League, via the Playoff Final at Wembley Stadium.

Dorrans should be a good signing for Rangers over the next few seasons and has been described as a composed, creative, combative and a consistent EPL player, and one who should do immensely well in the lower SPL standard of play.