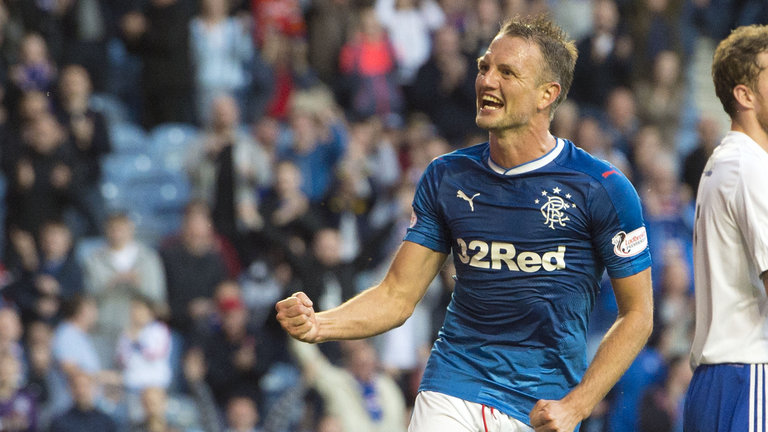 Sky Sources have this evening confirmed what other media outlets have speculated, that Clint Hill is to leave at the end of the season.

The 38-year old defender has faded from the starting XI in recent matches and is not thought to be in manager Pedro Caixinha’s plans going forward; he is out of contract following the end of season match with St Johnstone and has been eager to sign a new deal and extend his stay in Govan, but no deal has been forthcoming and his Rangers adventure would appear to be over.

Hill had a slow start at Ibrox by his own admission, but by around November had adjusted to the expectations of playing for Rangers and was one of the side’s stand out performers over the course of the campaign, his highlight of course being that sensational last-gasp equaliser at Parkhead.

But since new manager Pedro Caixinha came in, a number of players’ futures have been up in the air, and his was one of them. Fellow veteran Kenny Miller did get his new contract, but alas for Hill his time north of the border appears to be over.