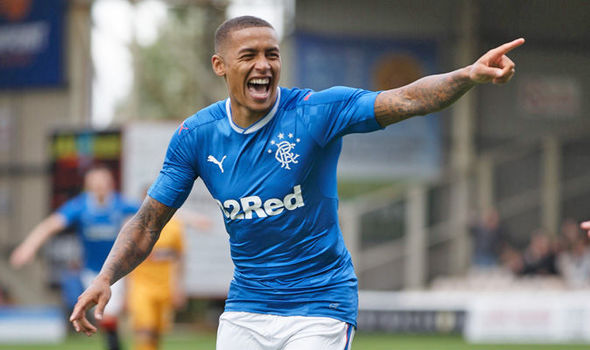 Over the past two seasons combined, arguably the two most maligned Rangers players have been Rob Kiernan and James Tavernier.

Seen to be part of the ‘Warburton clique’, their performances in the Championship were acceptable at best, and extremely underwhelming at worst, especially Rob, where Tav’s defending let him down while his attacking was mostly productive; naturally it being Scotland’s second top tier made judging them as Rangers players incredibly difficult, and it has been left to Rangers’ promotion back to the SPL before fans made up their minds on a slightly more valid basis.

And Kiernan has not only been dropped under Pedro Caixinha thanks to his incompetence but is out of the match-day picture entirely, with a view to being shipped out this summer.

However, the picture is very different for his ex-Wigan buddy Tav. Despite the fact he continues to be maligned by the majority of supporters for absolutely atrocious defending and inconsistent attacking, he has played every match under Pedro that he has been available for (he was suspended for the trip to Kilmarnock).

Even more tellingly he has played every single minute of all those appearances.

Despite a national publication claiming he is part of the glut of players Caixinha wants shot of, a rival publication has maintained he is in fact one of the ‘chosen ones’ to fit into the Portuguese’s plans and will play as big a role next season as he did last.

And going by just how much he played under Rangers’ new manager, that does seem more plausible, despite what we think of him as a player.

While only Pedro (and the boy himself) truly know if James Tavernier is staying at Ibrox or not, nevertheless the evidence suggests Rangers will look to the Englishman significantly next season, whatever role it may be.

Defence-wise, if Tavernier is indeed to maintain his regular RB slot, it is nothing short of a disaster. He has shown over two seasons an evident inability to do what his role entails – lacking concentration, lacking positional sense and simply not being up to the task. When in the opposing half he has been known to do damage, but for a speed machine who has the beating of many an opposition full back, it is curious to witness how many times he is beaten for pace when defending AGAINST said player.

James Tavernier evidently does not like defending and is pretty useless not to mention lazy at it, so if Ped has a grand plan for him at the back, it is a pretty poor call, in our book.

That said, if he envisages a more forward-thinking role for the ex-Newcastle man, it makes a little more sense, even if quite honestly, Rangers can do better.

What is all said and done though is that Tavernier has stated he is happy at Ibrox, and the only likely destination for him if a significant bid were made would be his old gaffer at Forest.

For whatever reason, James Tavernier has been pretty much first-choice for RB under three Rangers managers in a row.