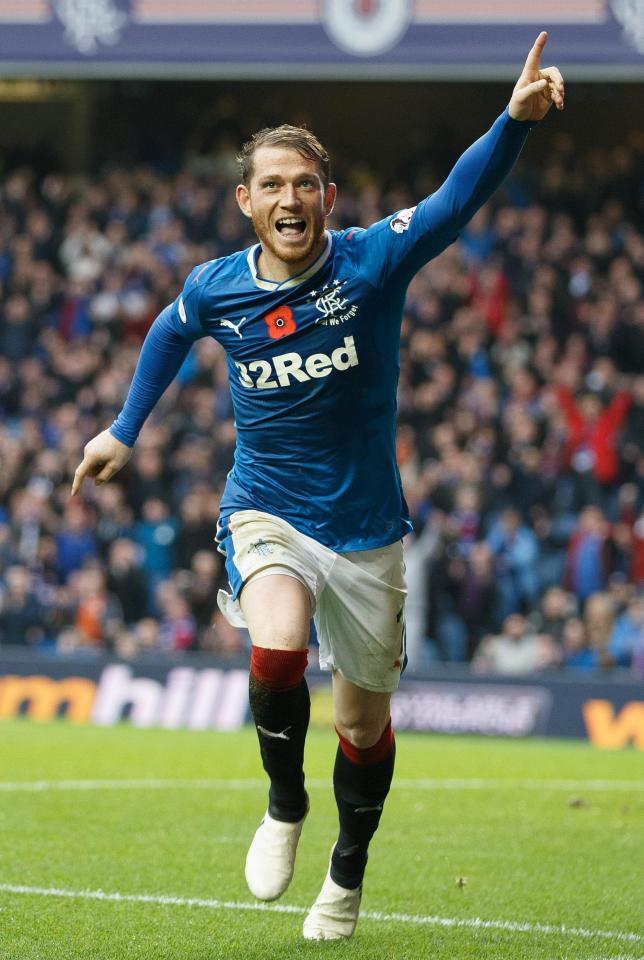 Manager Pedro Caixinha has dropped his strongest hint yet that rather than including flop signing Joe Garner among the players he is looking to dispense with, he instead intends to build Rangers around the ex-Preston man and get the best out of him.

Speaking about next season’s plans, Pedro laid out his intention to develop a system which plays to Garner’s strengths by utilising his aerial ability and getting more goals from him, rather than dropping him to the bench or even getting shot of him.

“Joe can help any team because he is a goalscorer if the ball gets into the box. If we are not attacking properly, and getting the ball into the box in different ways rather than from the wide areas then Joe will be there but he won’t receive the ball. If we have a team who can work and spend more time on the surrounds of the box and the ball arrives more with more quality in the box then he will score more goals for sure.”

Any fans hoping Garner might be out the door better think again; and the truth is for Garner’s pretty dreadful maiden season in the SPL, in which his petty off-ball actions, questionable attitude and poor all-round play have dominated rather than anything productive, his rare constructive outings like Saturday’s visit from Hearts where he won everything in the air, had a mutual giggle with Viktor Noring, and nabbed a fine goal does suggest if Rangers could iron the relentless negatives in his contribution and glean the good stuff from him, he could actually be a more useful striker than he has been up till now.

He had a decent match admittedly on Hamilton’s artificial surface earlier this season; the plastic pitch can suit some players better than others due to its more rigid nature aiding fast turns on lower gravity which suits Garner’s game better – less grip on grass means this can be trickier.

“We are looking to have much more association with the wide areas next season and increase those combinations. We are looking for the arrival of totally different sorts of players to perform in that zone of the park. I want a team who can change the pattern by playing inside, playing behind and switch the play. We want to play in the wide areas; we want a better relationship between the wingers and the full-backs and between shadow strikers and strikers. So we want all those type of relationships to improve but definitely we want to play more in the wide areas.”

Ibrox Noise is on record as slating the striker, and being heavily critical of him in recent months, but we are more than happy to be proven wrong about him.

And unless a big bid which recoups most if not all of what Rangers paid the English side for his services arrives, it does seem like Caixinha intends to deploy Garner as possibly the main striker for next season.

What fans will make of that is up to them.