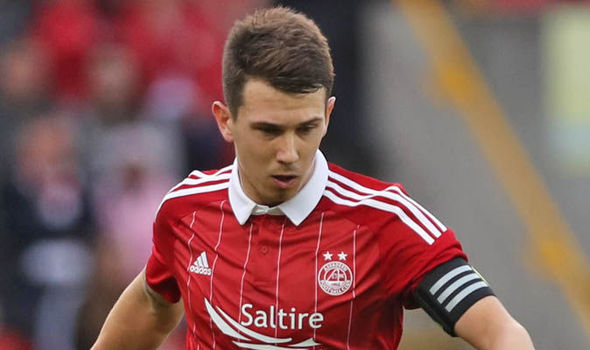 One of the worst-kept secrets in Scottish football is Aberdeen’s former captain Ryan Jack making a summer switch to Ibrox. I say former because the press has made quite a big deal of the fact the Pittodrie outfit relieved him of the armband and furnished Graeme Shinnie with it instead.

Indeed, the press and Scottish football in general have made a real stink about the fact Jack is swapping Pittodrie for Ibrox, as if such behaviour is abhorrent.

If ever the hatred for Rangers in Scottish football resurface to an alarming degree, this would be it. It does seem every time an SPL player is linked to Ibrox, the game north of the border and its sycophantic poodle press endeavours to either protest or plain smear the player and Rangers.

If we take Willie Miller’s intriguing comments to begin with:

“It’s disappointing he is leaving Aberdeen but you have to respect his right to do that. But I would urge Ryan not to jump in with both feet if Rangers come calling. I was also offered the chance to go to Rangers in 1983 and would have received far more money than I was on at Aberdeen. But I stayed with the Dons because I was convinced they were the club who offered me the best chance of doing what was more important to me – winning trophies. On the evidence of recent seasons you would have to say the same applies today. I have no doubts that Aberdeen will continue to challenge for honours under Derek McInnes, but could Ryan be certain of doing that if he signs for Rangers? There is no doubt Rangers are capable of challenging for honours if they get their act together. But there are still question marks over whether their new manager is capable of that, and there is constant talk of Rangers still having financial difficulties.”

Can you imagine him saying the same thing if Jack was switching to Hearts or a mid table MLS side who had no chance of winning anything? Absolutely not. He would express disappointment but wish the lad well.

And the epitome of bitterness was realised when the club as a whole decided not to let the lad lead his team out for the cup final, in what would have been a fine ending for his time there. Had he been moving to Celtic, the red carpet would have rolled out and the captain’s armband on his bicep gold-trimmed.

Indeed, Callum Paterson looks like he is going to Cardiff rather than Rangers, a team mid table in the English Championship and not really going anywhere. Not a peep of objection about this move, but if Rangers’ interest was to build momentum you can guarantee the knives would be out in the press.

Should the Louis Moult and Ben Henaghan stories gather pace, they too will suffer a barrage of rubbish from their peers here.

Ryan Jack appears to be getting absolutely slaughtered by everyone in Scottish football right now, just like anyone in this backwater country who switches to Ibrox.

Think Ian Black, David Templeton, Jon Daly, Kevin Kyle; even Danny Wilson was blasted for ‘lacking ambition’ – they all got abused by our game for joining Rangers.

No one likes us, and any player who joins us has to know that. But it is a bit pathetic too.