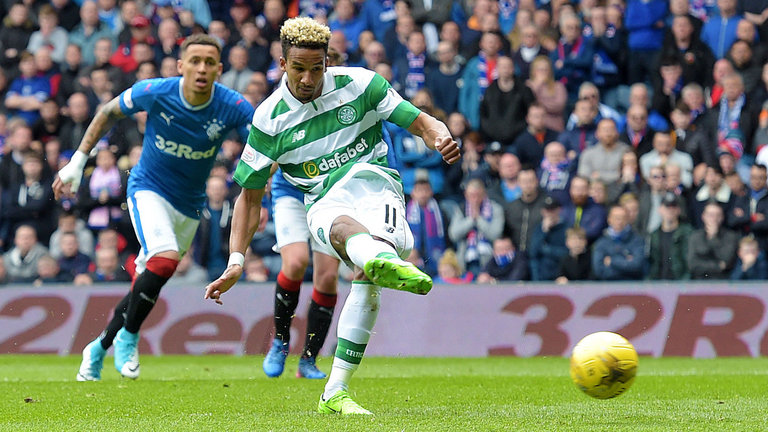 During the Dark Days of 2012-2015, Rangers fans grasped perspective when we found ourselves in a very very grim place. Our Club had been on the brink, so we were simply happy to still have a Club, and that was a relevant reassurance during individually troubling times of this period.

Back then, Rangers fans had light at the end of the tunnel, with the knowledge that surely before long we would be back in the SPL where we belong, so even when things off the pitch were concerning and causing mass fan division and in-fighting, we knew one day soon we would be among the big boys again, challenging for the SPL title.

We are now among the big boys, but the difference between today and years gone by is that light which guided our way in the lower divisions is completely absent now. Quite simply, as things stand, few fans have any hope of major investment, competing with Aberdeen never mind Celtic, a squad worthy of the Rangers name or a manager we can trust, not to mention a board we can rely on.

Yesterday’s demolition at the hands of Celtic laid bare just how utterly dreadful at every level this Rangers regime from top to bottom is. The board has no tangible plan, the manager does not understand the league, and the players are the poorest SPL squad we have ever had by a colossal distance.

To call the gulf between ourselves and our former rivals frightening does not do it justice. Sure, they had a head start yesterday when Beerman’s rash challenge caused an early goal, but it only served to accelerate their superiority, rather than exaggerate it. Celtic destroyed Rangers at Ibrox in a way they never have before, with even the 5-1 reverse at Parkhead managing to be marginally better than this atrocity. It is one thing to get gubbed at a superior team’s patch, quite another for them to do it on yours.

This was not quite the gravity of Neil McCann sticking one away to win the title at Parkhead in ’99, in that nothing really rested on the outcome – but the manner of the loss and the gulf in class on our own soil was probably the most appalling 90 minutes in living memory. There have been horrendous losses in Rangers’ history – it goes with the territory of football. But nothing like this – nothing where our traditional rivals have absolutely tonked us and hit us five times where it hurts. In our own house.

The fans headed for the exit yesterday at the third goal. They had seen enough. I am no advocate of bailing early but I had no argument this time. And it is a fair point I saw; this result was a blessing in disguise. Rumours abound that our increasingly-inept board felt £3M including wages would be sufficient this summer. Last year, that is all we spent following the win at Hampden on penalties – and look how that turned out.

Now the board know £3M is miles off enough.

This is not to advocate big spending this summer, but clearly if Rangers fans want a Rangers that is not going to be destroyed by Celtic circa 4 times a year, we will have to spend.

There are fans who understandably say they would rather save money, keep the club financially stable and let whatever be, be. But is that really what they want? Truth is, we need ambition. We cannot turn into Hearts, which right now, we are horribly close to doing. We are Rangers, and while I do not expect multi millions, the Club needs to show the fans that losing heavily to Celtic while barely laying a glove is not the future.

Pedro Caixinha got his team all wrong – fair play to the man, he took absolute responsibility for that and gets my complete respect. Managers who refuse to be accountable for their own mistakes are not for me. The problem is Ped got the team all wrong last time and simply changed a few players this. The tactics were essentially the same and it implied the man simply has not learned a thing. Three Old Firm matches he has watched in person now, and one suspects he is nonethewiser about how to handle them.

Which is not to solely blame Caixinha – there is a school of thought that he was appointed because he is not up to the task – and this forces expectation down, and sees more blame on his and the players’ side than the board. Perhaps nonsense conspiracy, perhaps not.

But from what we have seen, Caixinha is the wrong man at the wrong place at the wrong time – the notion of giving him a chance with a summer budget seems moot – the point of a new manager is to get more out of what you have. To pick the right man who will increase performance. And when we watched that excellent 4-0 against Hamilton, even I let myself be swayed into thinking Ped could do something with this squad. But despite my praise a few entries ago of the number of clean sheets, the overall picture is starting to look bleak now. Maybe he will work wonders with pennies this summer, we shall see.

But that said, you cannot polish a t*rd, as they say, and my word Pedro has a serious one on his hands with this diabolical Rangers squad. It is simply a ragamuffin ragtail crew of journeymen footballers and the odd mercenary here and there which utterly belongs midtable.

I mean, paradoxically, on paper the defence actually is not that bad. Lee Hodson is a fine RB, if perennially rejected or injured, while Danny Wilson and Clint Hill is a much better partnership than 5-1 suggests. And Beerman and Wallace are solid options on the left. It is miles off the standard we need but it is the strongest area we have. It is into midfield and attack that the utter poverty of Rangers’ squad is exposed. There is not a single player beyond the defence who is good enough for a top three Rangers never mind a title pushing one, and I include Kenny Miller in that.

Great honest pro who defies his years but come on, he is nearly 40 and you cannot take a team seriously when they have a 38 year old striker. And that he is our best beyond the defence basically sums Rangers up.

If we have a look at the players in that area individually yesterday, it becomes painful;

To add insult to injury, showing his utter lack of grasping Rangers and Scottish football, Pedro brought Garner on.

It is all quite abysmal, and shows no sign of improvement. And Rangers fans now find themselves in a repeating cycle where the odd half decent win against a bottom to midtable side is complimented by a draw at Killie or a complete tanking by Celtic.

Fans have lost patience, going by the response to yesterday’s slaughtering. The slack cut to the board and squad is now gone and all the barrels are coming out.

Unless something is done to reverse the bleeding, this trend will continue.