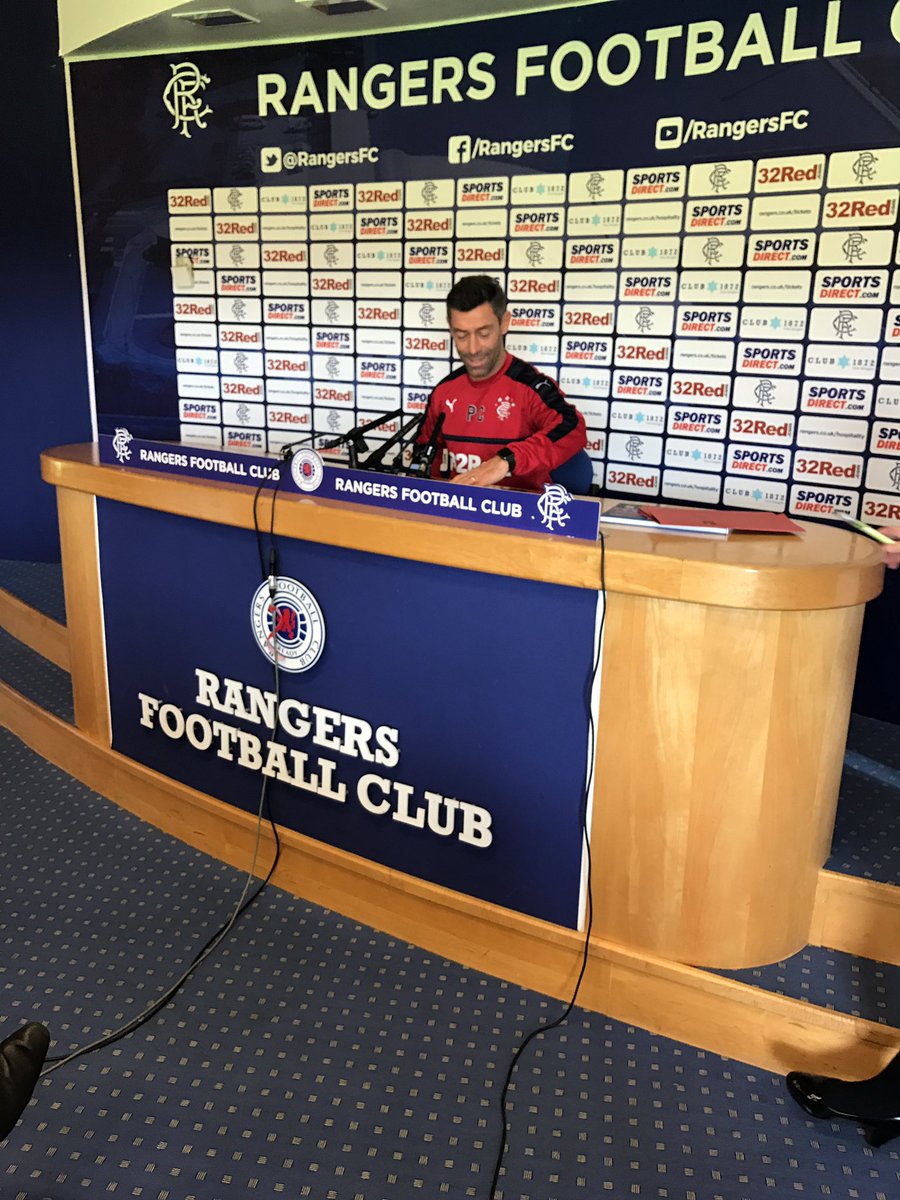 Pedro Caixinha has today stunned Scottish football by revealing his first XI for tomorrow’s important trip to Rugby Park 36 hours early. To say the least most fans are pretty astonished by this, albeit credit has to be given to the man for willingly giving debuts to young David Bates and Myles Beerman.

It marks a change in direction for Rangers supporters who are well used to the team never being announced before an hour prior to kick off, and tongues are certainly wagging over Ped’s decision to show his hand over a day before the match starts in earnest.

For those who have not seen it, James Tavernier returns at RB, while David Bates and Danny Wilson make up the defensive duo, with Myles Beerman outside them on the left, with midfield seeing a return for Andy Halliday as Jason Holt and Emerson Hyndman continue respectively. Attack sees Joe Garner flanked by Martyn Waghorn and Barrie McKay.

It is bold, it is ballsy, but is it wise? Such an important match and the cards are on the table already. For those wondering, Lee Wallace, Clint Hill, Rob Kiernan and Philippe Senderos are all unavailable through injury, and Lee Hodson misses out through illness. Five first-team regulars totally out for this one.

At this point the site would like to admit it may have been premature regarding certain criticism of the events in the last match, particularly over the subs. We assumed it was simply ‘madness’ but as time has gone on, but now armed with more facts (unavailable at the time) Caixinha’s reasons have emerged and we have to retract aspects of our comments last time. Unlike other sites, when we get things wrong, or are unfair in hindsight, we hold our hands up to that.

That said, one wonders why Senderos was even on the bench if only 20% fit?

Nevertheless readers, what do you all think of this bold move from the manager? Is it indeed bold or is it complete madness? Has Pedro shown a refreshing new method or is he displaying a naivety regarding Rangers/Scottish football?