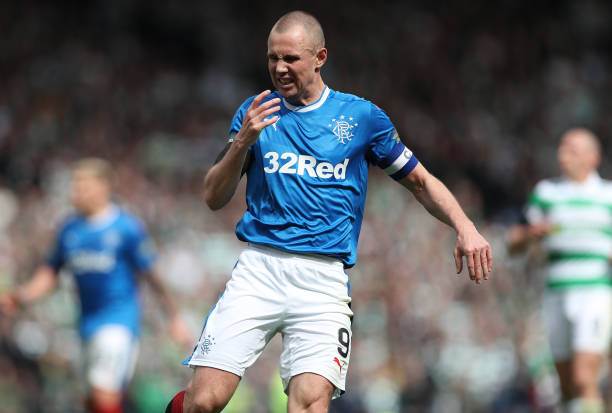 Rarely has the aftermath of an Old Firm clash been as surreal as this. Confusion, bewilderment, angst, fury, and a host of other bizarre and unexpected emotions have followed yesterday’s tragic ‘clash’ at Hampden, where the build up, match and fallout were all among the most downright strange I can remember associated with the historic bitter rivalry between the sides.

Signs did not bode overly positively in the first place when Pedro Caixinha went ‘Warby’ on us and told Charles Paterson on Sky that he did ‘not care about other teams’ which rather oddly contradicted his stance of weeks gone by that it is ‘important to study your opponent’. It was strange, confusing, and sent out a slightly mixed message of his intentions.

Then the XI filtered through. As this site told you, Wes was a huge doubt but managed to pass a late fitness test, while that shock return for Halliday was confirmed with the listed team. It already appeared a weird selection, and his utter rustiness was confirmed with what could easily have been a red card for that scythe on Roberts. Pedro has done some good things but his pre-match interview was not one of them, and his restoration of Halliday was not either.

But the rest of the team… still no place for Hodson (in defence of Tavernier, he had probably his best match for Rangers this season, but that said it was usually the two playing together v Celtic), a bizarre switch in formation to a 4-3-1-2, and a start for Joe Garner. None of this looked good. Two up top against Celtic? A change from the previously working 4-2-3-1? I am all for trying new things and adapting but this team had gone to Pittodrie and won (admittedly a tad unexpectedly) and now it was being torn up?

But then that ‘performance’. Ok, the early goal did not help matters, but there cannot be a Bear who was not gutted at the tactical mess, lack of energy, absent pressing, loss of urgency and general flatness of that atrocity in Mount Florida.

From Pedro getting his team, tactics, system and shape totally wrong to the players seemingly throwing in the towel after Celtic opened the scoring, it was a complete eyesore to all that is Rangers.

All the fight, aggression, power, unity and team work we saw at Parkhead under Graeme Murty was gone, replaced with something that simply was not Rangers in any Old Firm I remember.

Celtic absolutely bullied Rangers, with a thriftiness, efficient use of the ball and general appetite unforgivably absent from Rangers’ play. The system was not working, Caixinha’s tactics were a mess, and for all the pelters Joe Garner rightly got and gets, in his defence (yes, we are actually defending the guy) he did not even get scraps to work with.

It was a true shambles, a wreck of a display, but that indicting lack of desire on Rangers’ players’ parts was something intolerable to all fans.

Celtic won deservedly, frankly without really getting out of second gear, and Rangers’ team and management should be utterly ashamed of that. We can take a loss if our team fights – it will always hurt, and we will always moan about losing to that lot, but it is easier to stomach when our team earns the right to wear the shirt. For only James Tavernier, Danny Wilson and Wes Foderingham to get pass marks sums up how colossally poor this all was.

Post-match was not much better – whatever your thoughts on Caixinha smiling and laughing with Rodgers, there are some fans who would not be happy with their manager being so jovial after a desperate loss – and surely that is exactly why he was supposed to appoint a ‘Scottish Local Coach’ to help him out with the climate and context. Such an individual would surely give him advice about that, but the ‘Scottish Local Coach’ ended up being Finland’s Jonatan Johansson. I rate him highly but a pseudo-consigliere to Pedro he surely is not.

Then we had the media nonsense. Pedro blaming the players – not wrong, they were mince, but he made plenty of mistakes himself too and just like his predecessor refused to acknowledge that. Pinning it all on the shirts is a route we have been down and we do not want to go down again. And his general comments really did suggest someone out of touch with Rangers and the Scottish game. Again, this cannot be history repeating itself.

Truth is this was a disaster. The whole debacle from beginning to end. Ped has six days to fix it and get his men ready for Old Firm Take Two. A great number of fans have doubts about his ability to do so, and we would love nothing more than for him to prove them wrong.