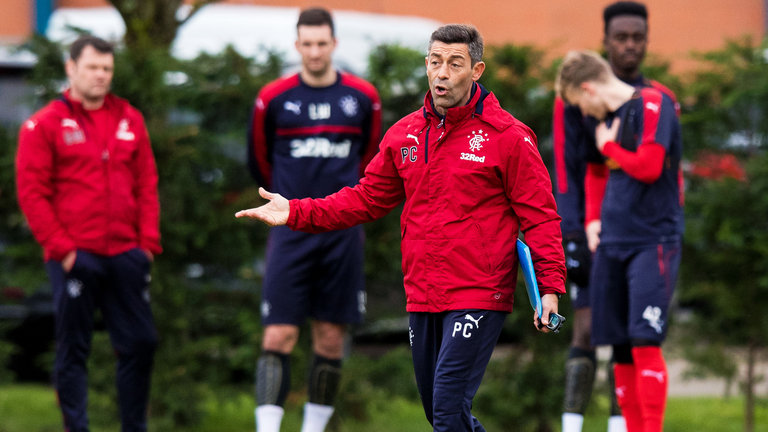 Inspired by Alec Beveridge, a long-time poster on Ibrox Noise (we do read the comments you know), it has occurred to the site that manager Pedro Caixinha’s seemingly strange act of announcing his team 36 hours early for the trip to Rugby Park was in fact a calculated and deliberate act and not just a quirky and eccentric approach to the match.

As we remember, not only was the announcement of the team a day and a half early, it threw in a total left-fielder with the news two rookies would make their senior debuts in the heart of defence. And yet, despite many questioning whether Pedro had lost his marbles, in the weeks that have followed it has been an act completely vindicated.

Alec suggested that in fact Pedro had made this announcement early in order to give the two young players time to adjust to the pressure. Instead of being thrown in at the deep end on the day, they had well over a day, maybe two, to embrace the notion they would start in Kilmarnock, and give themselves time to mentally and physically ready themselves.

If Alec is right, and at this point there is no reason to suggest he is not, it really has worked a treat – three clean sheets have followed that press conference, with a defensive pairing tight than two coats of paint (thanks Tom), while the left back rookie, Myles Beerman, looks like he has been doing this for years not weeks.

Playing for the Famous Glasgow Rangers is not easy – the pressure, the goldfish bowl, the sheer gravity of must-win. And for two newbies being given their debuts it must be especially daunting. It is what they have worked for all their young lives, but when it arrives it becomes real.

And while hindsight is a wise owl, it looks like Caixinha may have played a blinder with such a clever move. It could have gone horribly wrong, true; but Ped clearly trusted both players enough to put them straight into the team, and keep them there in Aberdeen.

And he appears to have played a truly exceptional hand by giving them well over a day in the pressure cooker of the Scottish media before they made their maiden bows.

It really has worked out exceptionally well so far. Well played!