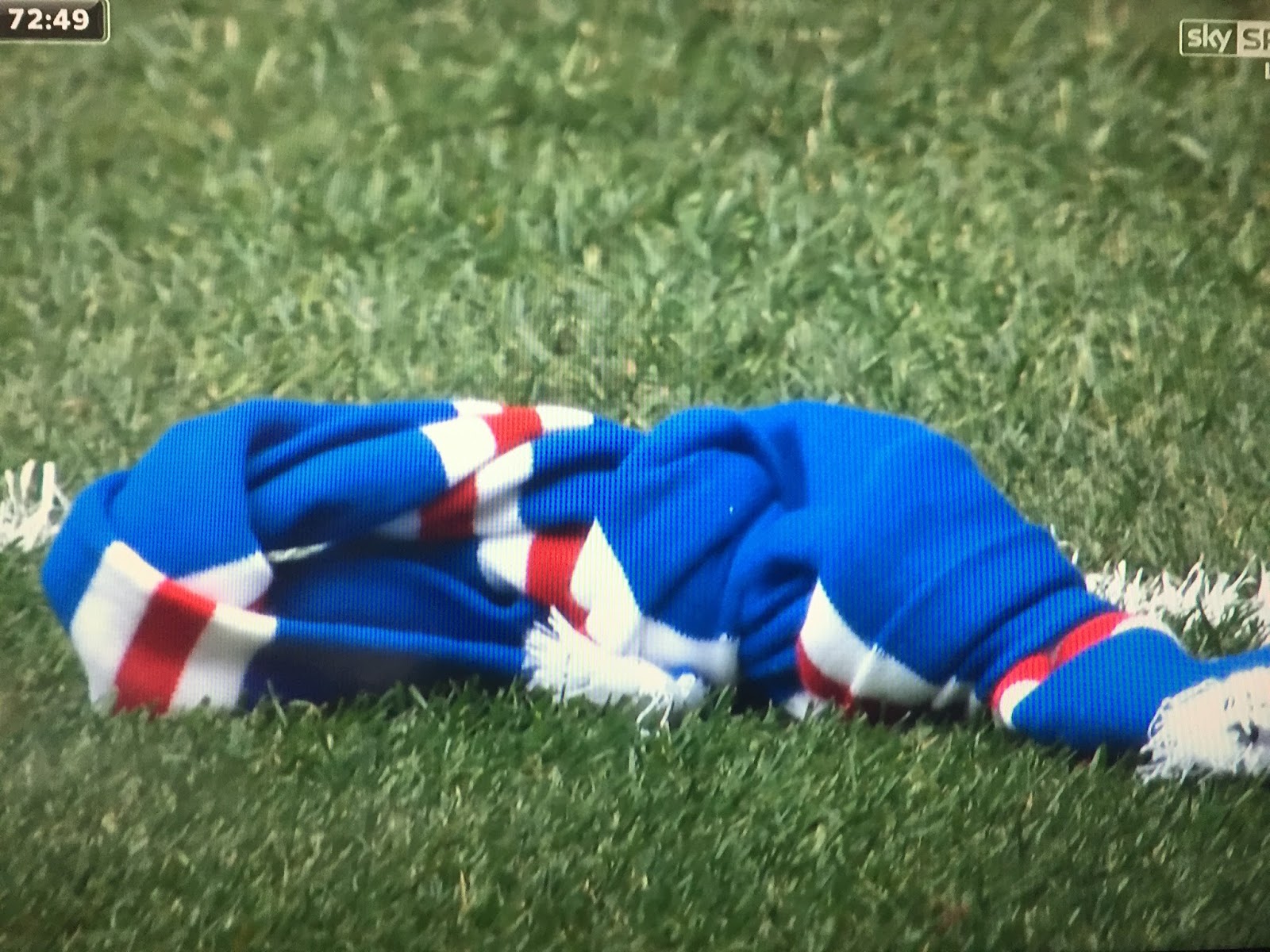 There is simply not a lot we can say today.

The worst Old Firm loss at Ibrox in Rangers’ long and proud history, the biggest loss at Ibrox possibly to anyone in history, and a Rangers side which is not worthy of the name.

Rangers are currently a complete disaster, bumbling from one shambles to another, and teasing us occasionally with an unpredictably good display before crushing us again with another atrocity of humiliation.

Make no mistake – this was the worst Old Firm result in both score and performance of all time. Sure, the first 20 minutes did show a bit of fight from the home side, but we were already 0-2 down by that point.

The rest? Just not Rangers, and any Bear who saw it as Rangers is looking through different lenses than I.

The headline picture sums us up, and I cannot envisage anything better next season.