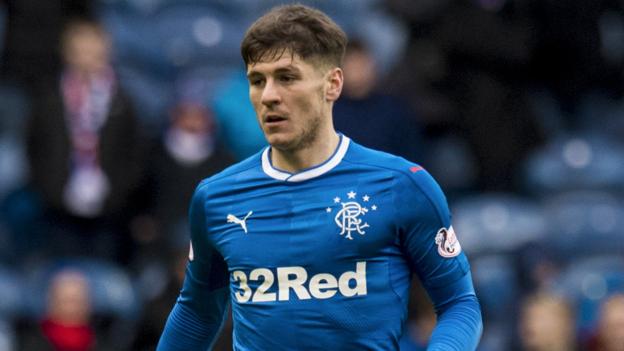 With new manager in waiting Pedro Caixinha 99% confirmed now as in place at Ibrox, attention turns now to the rest of the season and the players who may find themselves on the outside looking in as the new coach stamps his mark on the existing squad.

As Man City’s Joe Hart and Real Madrid legends Raul and Iker Casillas know only too well, often a high-profile casualty or two is a big hint of the changes coming under a new charge, and Ibrox Noise decided to have a look at what players could very well find their days numbered at Ibrox with a new manager in place.

Before we begin, we should emphasise, that like 99% of our readers and the support in general we basically have no idea what style Caixinha actually employs, and it is a learning curve for all of us, but nevertheless here is your guesstimates as to who we feel could well find themselves surplus under the new manager.

C’mon! You knew he would be first. An unmitigated disaster of a signing, Kiernan has been 70% awful with 20% ok and 10% decent since arriving at Ibrox, and his past career of never having spent a full season at any one club due to constant loans should have been a warning sign. A Warburton pal, our ex-manager had a thing for Rob since he spotted him at Watford Academy and soon as he came to Rangers inflicted him upon us. Marginally better under Murty, true, but then still pretty abysmal.

Simply has not delivered in the SPL, and depending on how Caixinha lays out, could find Hodson permanently taking his place. Cannot defend for his life, and Rangers are fairly well stocked in creative midfield with Windass, O’Halloran, Holt etc all vying for that slot so he probably will not curry favour there either.

After becoming something of a cult favourite with fans due to being one himself, Halliday has lost a great deal of that popularity this season with displays deemed not good enough. Certainly not a DM by trade, and his native slot is too well stocked as it is. Already lost his place recently, and it is hard to see what Caixinha could do with him.

Has really disappointed this season after being outstanding last – just has not delivered anything like the level Rangers would need and become a bit of a fringe player. With better options at his disposal, our new manager would surely have little use of Holt’s services.

Injury and lack of ability are his problems – after impressing early in the season when more of an unknown quantity, Windass’ injury issues took over and he has become a pale shadow of that potential, despite his dad’s protestations on social media that he should be playing. Maybe he is the kind of player Caixinha likes, but if he is always injured or out of form, what is the point?

Another one struggling to grasp the SPL, he has improved a little recently with a penalty and goal here and there, but still ultimately looks like the lost soul he was late last year. If Rangers are to move forward with Caixinha, Waghorn is unlikely to be part of that.

A signing which has not worked out. He just does not score, and surely any new manager will observe that a striker who rarely nets is not worth much. His biggest club before Rangers at 28 was arguably his last one – Preston. And yes, for those who did not know – he was another Watford Warburton link.

O’Halloran: This guy has something, it just has never been properly managed. Maybe Caixinha will.
Miller: Age may count against him, but his ability is without doubt, as is his heart.
Kranjcar: Fitness is a big issue, but no denying what he can bring when on his a-game.
Hill: Has grown into a firm favourite over recent months, for his faults, but he is nearly 40!
Senderos: His ability has not just gone – but he has never been given a fair chance.
Dodoo: Has the talent, no question, and the all-round game – but does he have attitude issues?
Wallace: Most fans have been extremely underwhelmed by his displays this season and believe he can deliver more.
Rossiter: All the ability in the world to get to the top of the game, but the boy has problems.
Crooks: Impressing at Scunthorpe, and was disgustingly treated by the last boss – maybe he is Caixinha’s answer to Rangers’ DM issues?
Forrester: Shows endeavour and spirit, not to mention some decent ability, but somehow never really consistently affirmed himself at Ibrox.

So Barrie McKay, Danny Wilson, and, strangely, Lee Hodson, in yours truly’s eyes, are good bets for roles under Caixinha. But, of course, what the hell do I know?