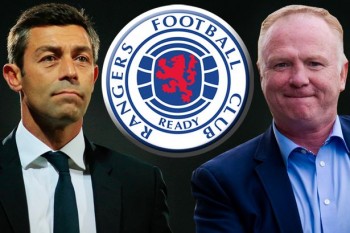 Sky Sources have tonight confirmed that Rangers have now spoken to Alex McLeish regarding the vacant managerial position, and are seeking to speak to Al-Gharafa’s Pedro Caixinha imminently.

With the managerial slot a massive subject of contention in recent weeks since the departure of Mark Warburton, numerous names have been linked, and indeed placed as favourites, with McLeish, Caixinha, Norwich’s Alex Neil and now-available Barry Ferguson all heading the field at various times.

But this development confirms at least two of the names most definitely in the final shortlist, being ex-manager McLeish and Portuguese Caixinha.

Previously it was confirmed there had been no contact with Eck over the job, but that has clearly changed and he is now looking a heavy favourite to be Rangers’ next manager, and given his availability would be the more cost-effective option with the ex-Nacional manager requiring compensation to be freed from his present employment.