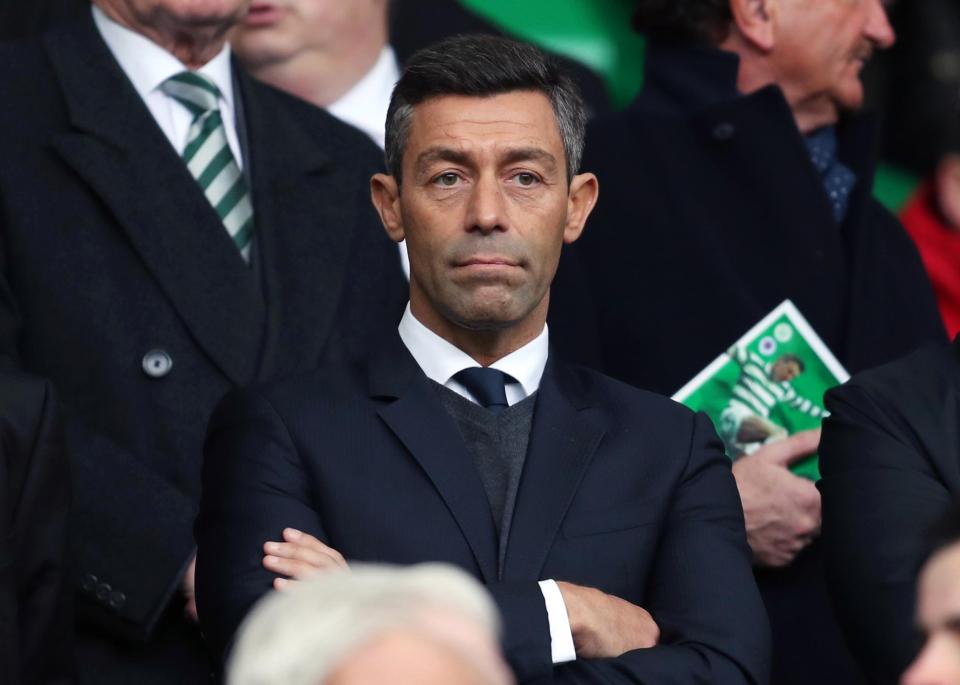 After today’s pulsating Old Firm epic, Rangers earned their way to a well-deserved point in interim coach Graeme Murty’s final stand before returning to his conventional duties in charge of the U20s.

But watching from the Parkhead seats, his successor Pedro Caixinha was an interested spectator, assessing his charges in person before he takes his place in the Ibrox hotseat tomorrow, and there was a huge amount for the new man to ponder as he begins the monumental task of trying to reverse Rangers’ ailing fortunes of late.

With that said, Ibrox Noise gives you a few things our new manager would surely have learned about his squad from this epic encounter at Parkhead.

This Rangers unit has more heart than it showed under the last manager. For various reasons, the bread man lost the dressing room many many months ago, and his squad no longer believed in him. This afternoon, every blue shirt gave their all, regardless of quality, and that last-gasp equaliser was a truly earned point for a team who gave it to themselves, our fans, and a temporary coach who has received plaudits from all and sundry. If Caixinha can cultivate that heart, and keep it beating like it did today, Rangers could well find their fortunes in the ascendancy quicker than we feared.

Despite the morale-boosting result which stopped our old rivals going even further clear, it was surely evident to Caixinha that a great number of players are painfully below the standard even needed for second place. Jason Holt, James Tavernier, and especially Martyn Waghorn had mostly awful afternoons, as has been the case all this season. If Rangers are to keep this present momentum, players like these might just have to be sacrifices.

Rangers’ defence is much better when it is properly organised. Today we saw Celtic limited to very few gilt-edged chances, with a back four who worked like dogs and never dropped concentration for even a second. While Murty is not quite Capello, he still put together a system which suffocated Celtic’s normally potent wing attack, and restricted them to trying overhead lobs to get behind. It worked brilliantly, and now Caixinha knows, defence-wise, he might have better players than they have shown under previous abysmal management.

Lee Hodson is Rangers’ best right back since Alan Hutton. Better than Whittaker (hardly major competition otherwise, true) and easily the best since 2012. Surely our new manager will see he was Rangers’ outstanding performer and, in concert with his colleagues at the back, completely suffocated Scott Sinclair, limiting him to essentially nothing. He was a major cause of why Celtic were so impotent up front, and even Dembele had little joy.

Danny Wilson deserves a lot more credit than he has ever received – sure, he is not Mr Consistent and does make a few errors, but alongside Hill Rangers’ central defence was able to withstand even the most penetrative assaults, with Foderingham only being called into a few decent saves. His opposite number, Craig Gordon, did far more critical work. Wilson had a stellar afternoon.

Martyn Waghorn will never have the composure up front to be a great Rangers striker. He has few goals this season in the league for reasons we saw today – two absolute belting chances and his best effort to was hit low at the keeper twice. But he did keep plugging away and despite running out of gas well before 90 minutes still kept trying and you cannot ask for more.

Rangers still badly need a ‘Barry Ferguson’ or dare I say it ‘Scott Brown’ type creative enforcer from deep midfield to dominate. Emerson Hyndman simply is not that kind of player, and while he had a solid afternoon, he will never be able to impose himself like a ‘regista’. Instead he works hard, has nice touches, uses his vision well and rarely wastes a pass, but cannot really influence as much as Rangers probably need.

Barrie McKay does have off days. ‘nuff said.

Caixinha has much to ponder overnight and over the coming days. What will be his selection for the visit of Hamilton on Saturday – will he make rasping changes or try to stick with present momentum? And will the formation remain as far away as possible from 4-3-3?

Time will tell, but at least Rangers’ new boss probably feels like he has learned a lot and has something to work with today.