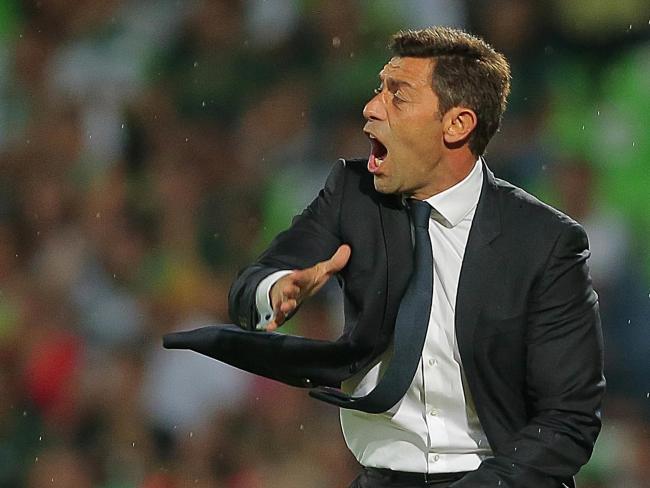 On the face of it it is an astonishingly left-field appointment. While not confirmed yet, unless something wildly unpredictable happens, Pedro Caixinha (‘Cash-sheen-ah’) will be the new Rangers head coach under a Director of Football, at this time looking like being newly-available Paul Mitchell.

I will not lie, like 99% of you readers we had never even heard of Caixinha before we learned of Rangers’ interest in him and brought it to you here, and what little we have gleaned of the man so far really fails to truly shed a great deal of light on what style he will bring to Ibrox.

Reports vary from ‘attacking’ to ‘intelligent’ to ‘flexible’ but it appears no one truly has a real idea of what Rangers see in this coach or why he has been plucked from borderline obscurity to be the odds-on favourite for next manager.

Mark Warburton himself was widely seen as a left-field appointment by many within Ibrox and much of the fanbase, and while there were short-term positives last season, the long-term cost has been significant. So why are the board so interested in Caixinha? What is it about him that has seen them ditch all the mooted suitors such as McLeish, Wright, McInnes et al and go for a complete outsider?

A man who knows nothing about British football (despite Rangers-obsessed Alan Stubbs claiming otherwise) or Scotland or especially Rangers being brought here to manage a side desperately needing a safe pair of hands?

Neil McCann, one of the best pundits in Scottish football, regardless of his allegiances, had this to say:

“I think they’ll entertain a wide variety of coaches, but I’d be surprised if they go for someone like that (Caixinha). I don’t know too much about him, I have to be honest. Would that be the right guy to come into this club at the minute? Does he know the environment? I imagine, being Portuguese, he’d speak to Pedro Mendes, who spent a lot of time here and might give him the basis. But as Mark Warburton proved, you don’t know it until you’re in it and what pressure this club brings upon your shoulders. What players does he have in mind? Can they play in this environment? If he’s not got the right players in mind to deal with this environment, does the new director of football that Rangers are going after, does he have a style of football or a player in mind that could sort Rangers out? Rangers need to be sorted out at first-team level. I am not sure it would be the right appointment, but if it is him, you have to give him time.”

Hard to argue with much of that.

It is an incredibly odd, risky, and frankly puzzling route the board have gone down here, and few can seem to fathom a reason as to why they went to Qatar to find their man.

Should, as seems to be the current case (it may change tomorrow or indeed the afternoon) Caixinha be announced as Rangers’ new manager he will get everyone of a Rangers’ persuasion’s full support – we want the next coach to succeed, whoever he is, and he gets the full backing.

But we are still allowed to think for ourselves, like McCann has, and have a little caution over this curious path; and simply hope the powers that be have seen something we did not and made a brilliant choice.