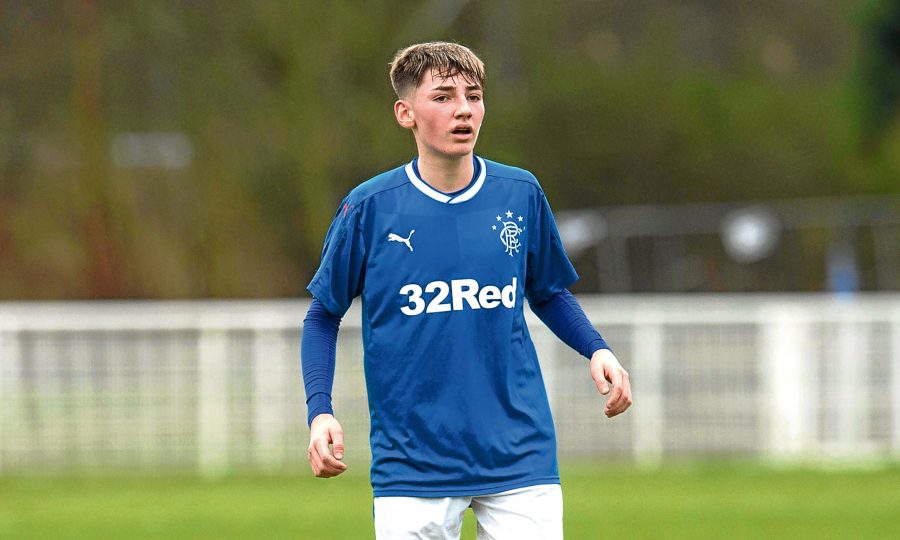 Article by: Richard Fillingham
Sources in Scotland claim that Chelsea and Arsenal are pursuing Rangers’ teenage sensation Billy Gilmour. The 15-year-old midfield star of Scotland’s Victory Shield campaign is also wanted by a host of other top EPL teams.

After Arsenal were given permission by Rangers for him to speak with the club, he travelled down with his family to be shown around the London club, and then they watched the Arsenal Under-16’s team in action. But over the past 48 hours it’s Conte’s men who look more likely to capture the young prodigy.

Both teams are more than willing to pay a pre-contract deal now, rather than wait until he turns 16 and under FIFA guidelines for under-23’s, they have the opportunity to pick him up for around a £500,000 compensation fee.

Rangers will learn soon whether their huge efforts have been successful. Either way, Rangers look set to win, with Gilmour set to commit one way or another rather than run down the clock on his deal.

New manager Pedro Caixinha has even had him training with the first team, and recently waxed lyrically about his display for the Light Blues’ Under-20’s in a game against an experienced Dundee side as well as making a personal plea with his family to remain at Ibrox.

I would suggest that Rangers put him on the bench in the next Ibrox match against a bottom six team and if we manage to go two up, then bring him on with 20 minutes to go.
This would make him the youngest Rangers’ first team player ever, which could go a long way to prove to Billy and his proud family that staying with the Light Blues is the long-term best situation for him. His manager said:

“Billy Gilmour is a Rangers player, and I hope very much that he sees a pathway here and works his way through it into our first team. He will soon be 16 and needs to be looked after properly and taken through his development.”

Gilmour’s career continues to rise with the Rangers starlet becoming part of the Under 20’s side in December 2016. He played well and they beat an experienced Dundee team 3-0, with Zak Rudden scoring twice and Liam Burt also on target.

“Billy made his first start on Wednesday night and is an incredibly diligent and focussed player despite him being small you very seldom see him getting caught in possession because his awareness is good and he plays the game at a really good tempo”.

Murty went on to compliment him more by saying:

“The tempo of his play and his release of the ball is far better than his physicality at the moment so when he matures and he becomes a physically adept athlete and you manage all those attributes together; he has a hell of an opportunity to progress through to the first-team”.

If, as expected, he will be a stand out in the Rangers team, and gain all the top team experience, he will still have the EPL teams interested in buying him in the future.

The next step-up for Gilmour would be fast-tracking him into the ‘Gers first team in as little as 18 – 24 months, therefore, I cannot understand why Billy would not want to remain a Rangers player and play in the Rangers starting 11 at the age of 17 or 18, rather than go to Arsenal or Chelsea’s U-18’s.

These EPL youth players end up going out on loan to Rangers and other teams to try and gain the experience of playing regular football at a better level, because the chasing clubs have so many other talented midfielders on their books that most cannot get a first team place themselves.

Rangers need look no further than young Celtic player, Islam Feruz who was lured away to Chelsea five years ago and the former Scotland youth international has failed to live up to his potential.

A message here for young Billy Gilmour, this would appear to be a good warning to you and your family. The grass is not always greener on the other side and bluebells are blue (see what I did there).

We’ll turn this one over to the readers, should Billy stick with Rangers and the SPL, or take the big expensive move now which may or not work out?