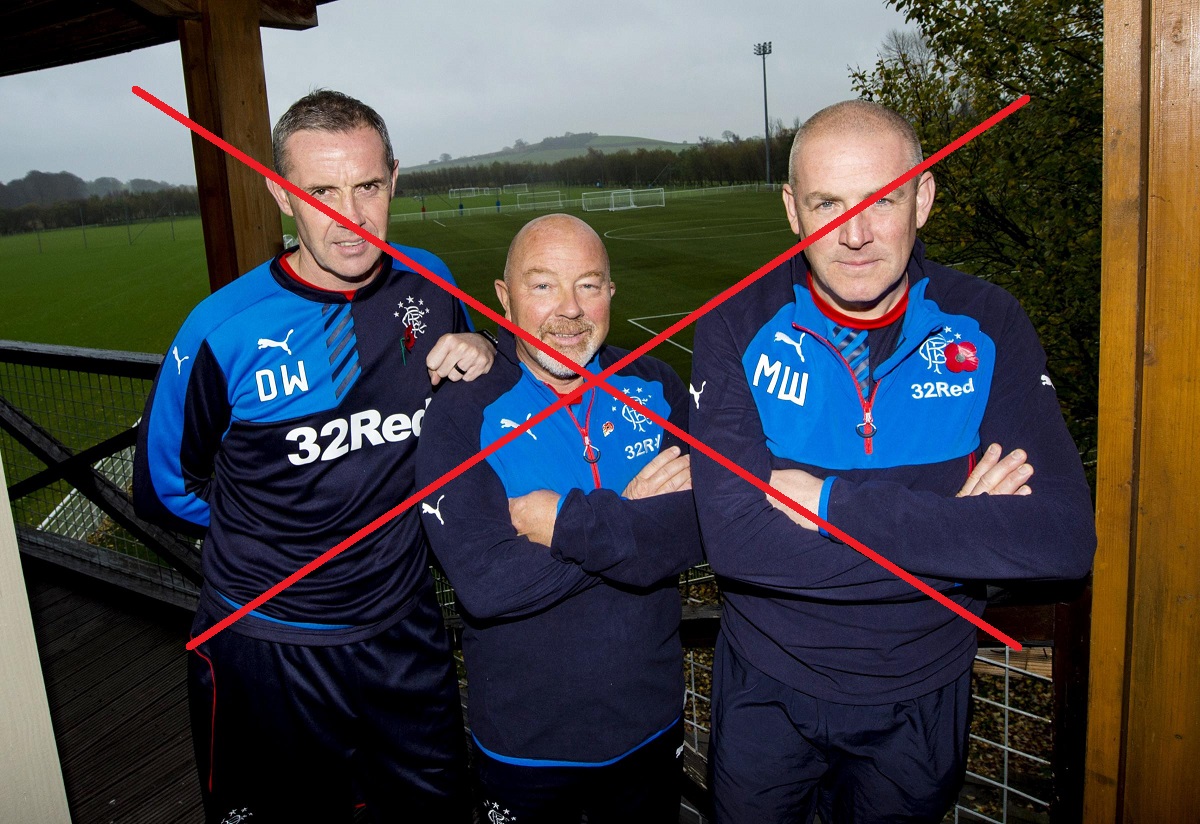 I thought long and hard about this entry. I have rarely spent such a spell deciding whether or not to proceed with an article on this site, but this one was a source of much conflict.

On one hand there was the school of thought that we should let sleeping dogs lie, move on with our lives and stop living in the acrimonious past. But on the other was the simple inescapable truth of what happened, and how it deserved a final summation given what a huge deal it was and still is to the modern and classic history of Rangers Football Club.

This site was probably the only one willing to actually criticise the Bread Man. For some unknown reason we could not fathom, a great majority of Rangers fans considered him the Messiah and transcended him above criticism, literally until the final two months of his time at Ibrox.

In all fairness, many, who previously gave us dog’s abuse for our stance, either stopped doing so once the truth vindicated us, or outright gave us credit and admitted we had been onto something.

But what cannot be denied, whatever your stance, is the ugly betrayal our ex-manager (I cannot even bring myself to say his name any more) inflicted upon our Club and our fans, while having the gall to praise them before sweeping off to Nottingham. Never before has a manager’s departure from Ibrox been as toxic as this one, and I include McCoist in this – for all that Ally did wrong, and he made any mistakes, he was the man who took it all in the neck back in 2012 and stuck by his team. That counts for something, in my eyes, as do his playing days.

As for the three of them? They denied they had resigned, when they had, and then denied also that they had engaged in discussion with the English side, when they had. And now three weeks later all of them have done exactly what they denied was on the agenda – joined Nottingham Forest.

And to add insult to the injury of deception and disloyalty are the reports the trio are still seeking help from the Scottish League Manager’s Association in obtaining ‘compensation’ from Rangers. As if the sordid saga had not gone low enough as it was.

And what of David Weir? A man many looked up to for years, complicit in the whole shady deal, and not only did it to Rangers but technically Villa straight afterwards by ditching them after 10 days of a scouting role to go off to Nottingham with his buddies.

The fawning over our ex-manager up till January (even even beyond) was simply absurd – too many fans thought the sun shone out his backside, and would not tolerate an iota of dissent, attacking quite viciously anyone who dared to criticise him. It led to a very nasty climate in the fanbase, one I sincerely hope the regime of Ped the Ted will help to dissipate, and the bread era is one I would entirely like to consign to the archives.

We certainly did learn from it, it was not first class, and for what it is worth, Robbie Neilson’s Hearts squad, the previous season in the Championship, on £0 spent on transfers, managed to get promoted first time with two less league losses, 10 more points, 2 less draws, 8 more goals scored and 8 less conceded than the Loaf managed with £2M more to spend.

So sure, he ‘got us promoted’, but it cost us two years of progress and £5M on a lot of poor transfers.

Nevertheless, they now find themselves consigned to the Ibrox bin, having made their decision to leave through the back door without a hint of integrity.

It is safe to say they are unlikely to be welcomed back.