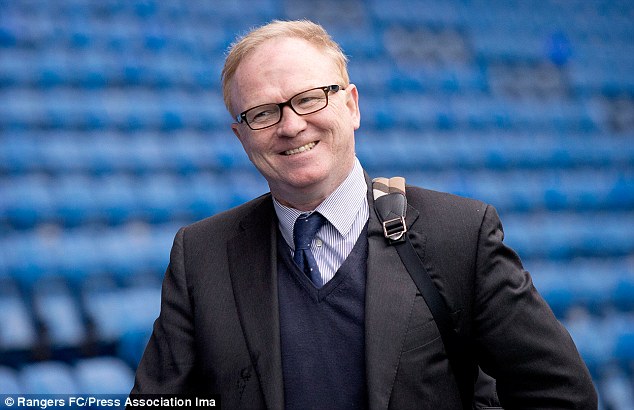 The potential appointment of Alex McLeish has thrown up some debate among Rangers fans, with a significant portion expressing major reservations that he is the right man to bring the Ibrox side out of their current malaise back into something resembling the proper SPL Rangers we expect them to be.

Indeed, in yesterday’s piece, the argument was made that overnight success as a result of his appointment is extremely unlikely, and as such the man deserves a little leeway, itself a rare commodity with Rangers supporters.

But why will McLeish be successful this time, in a wildly different Rangers climate to that of nearly two decades ago (count ‘em), especially in light of the near-certain absence of financial backing that would assist his endeavours a great deal?

There are a number of factors which make this potential tenure (it still is not 100% confirmed as being Eck) significantly different to the last one, and which point to a greater chance of its success by comparison.

Firstly, the basic passage of time. With time, comes wisdom, knowledge and experience. McLeish is older, wiser, and has managed at a great number of levels, low and high over his career. When he arrived at Rangers first time around, he had only managed two clubs, with reasonable success. This time around, he is a well-travelled manager who has a greatly enhanced level of wisdom. He has had some bad jobs, good jobs, bad mistakes, good calls; it all adds up to the spectrum of experience to learn from.

Secondly, one of his biggest career successes outside Rangers was the Scottish national team, where he took the Tartan Army to an all-time high of 16 in the FIFA rankings and some truly memorable results; and indeed he was a Gianluca Zambrotta dive away from making Euro 2008 in the playoffs. The point here is he could not ‘sign’ anyone for the national team – he was limited to the pool of players he had at his disposal and yet managed miracles, surpassing even his predecessor Uncle Walter. So for those arguing about some of the poor signings he made at Ibrox first time around, it is a fair point, but he did show during his time in charge of Scotland that he can work with what he has as well, which appears to be a new string to his bow.

Thirdly, he ticks the boxes Rangers fans need – a true Bear, inside knowledge of Rangers, and extensive knowledge of Scottish football and the SPL as a whole. Add all three/four of those up and while he still is not quite Walter, he is not a bad selection regardless in light of Rangers’ difficult circumstances.

In short, it is a different Alex McLeish now, one with experience and quality he simply did not have last time, and he can apply his well-travelled profession to a stage he can say is home but look at with a much wiser pair of eyes.

Of course, it would be churlish to ignore the reservations fans have. The fact is in club football he has always struggled without funds, and had very few at Aston Villa and was frankly a total failure after a promising start. And this is a strong criticism most observers have of his ability – he is regarded as a short term fix who can repair damage to a team quite well but is unable to build long-term and signs duds instead of wise acquisitions who have a future. He is known as a bit of a chequebook manager in club football who can only achieve success through signing new players. Although re-reading that back, very few managers can do otherwise in truth. Even Uncle Walter had to sign a glut of players in January 2007 to reverse the bleeding the PLG era caused.

Another issue many cite is it appears a step back – instead of a bold forward-thinking signing which goes in a new direction, perhaps a Frank de Boer or a Derek McInnes, it instead returns to a past regime some Rangers fans would rather move away from. And that too is valid.

But, the truth is the board makes the final call, and if it is to be Alex McLeish, he should get everyone’s support. He will get criticised as Warburton did if he gives fans reason to be unhappy, and he will be praised for what he gets right. That is what all managers of our Rangers should experience – they are at the helm of the most important institution in Scotland and this site and Rangers fans in general will hold them to account, with non-wavering support, until they start to lose the right to receive it.

We can only get behind the new manager whoever it is and hope they repair our ailing side and restore the pride that comes with Follow Following Rangers.