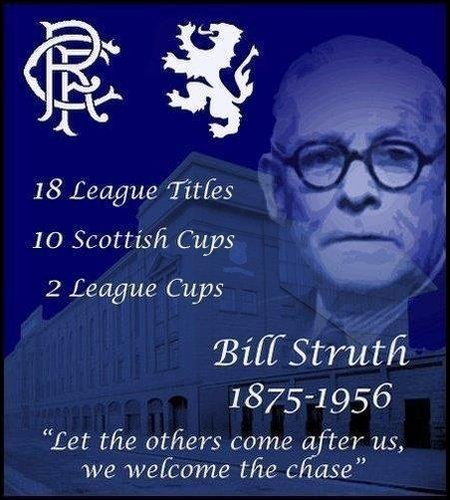 One of the things a Rangers manager has to be is a magician. Not by juggling plates in the air, but by spotting players under his jurisdiction, in the first team, the U-20’s, U-18’s and youth players and knowing the ones who have earned and deserve a regular starting place in the team.

Obviously some players lose a bit of form and need to be dropped an odd time, but in general, to keep the best players in the first team pool.

The secret for the next Rangers manager is to make them much more competitive by spending whatever budget he is given and using the money wisely to buy the very best signings that the financial agreement and wage bill will allow.

The way things were going under the last manager, Celtic could win 54 titles before we get to our 55. What a disaster for a team the size of Rangers if that actually happens. We have to plan, to stop the rot now!

This will have to be achieved with a great deal less money than Celtic have at the moment, but then again Rangers have substantially more money at their disposal than Aberdeen, and even more again, than Hearts.

I’m sure the Rangers directors and all the fans were expecting the team to score more goals and to perform to a much higher standard than has been achieved. We are all demanding a team that will fight for every point available and at least, try to compete for the title in our first season back to the SPL. Celtic were obvious odds-on favourites, but second place should have been the minimum the manager was expected to achieve.

After the Hearts 4-1 shambles Warburton was asked, if Rangers were expected to be a comfortable second in the league and Mark responded mono syllabically, ‘Why?’ What a stupid answer from a Rangers manager. Mark was quick to justify Celtic being above us because of money, but failed to see that we are in the same position over Aberdeen & Hearts. He smacked of double standards.

The five biggest football mistakes Warburton made were as follows: –

A.    Not signing two tall centre backs that can header the ball and win enough tackles.

B.    Not buying a tall good enough defensive midfield player.

C.    Not buying a goal scoring centre forward. He signed Garner from Preston for £1.8m and his scoring ratio in England was pathetic. Warbs obviously thought that he would score a lot more goals in the SPL. Not the case.

E.    In both seasons under his charge, the Light Blues could not win against any of their main rivals away from home.

The new boss must sign all of the above types of players for the start of next season, to have any chance of competing with Celtic. He must also be more tactically aware and get it right much more often than he gets things wrong.