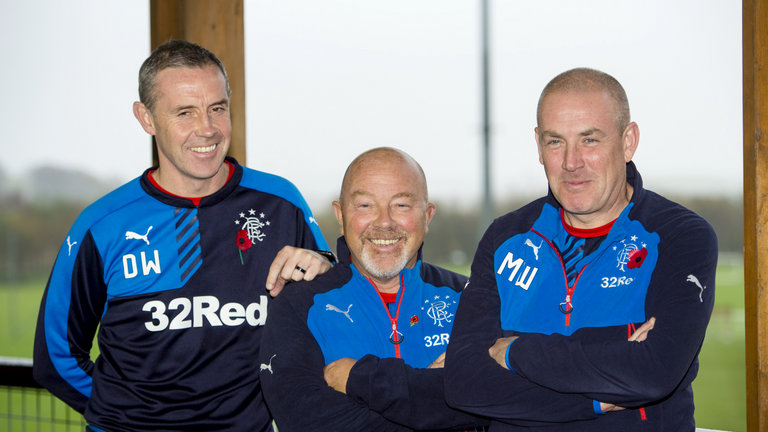 It is all chaos, is it not. Rarely in the proud history of Rangers Football Club have fans witnessed the level of embarrassment and confusion that has taken place tonight with the resignation, un-resignation then re-resignation of Mark Warburton.

If we try to piece together the clues from what various outlets, sources and otherwise have put together;

This morning a rumour emerged that by the end of play today, Rangers would be without a manager. As a rumour without major substance and hard to corroborate at the time, it was noted if not dismissed. As 17:00 hours passed without major incident, it was forgotten.

At 21:00 hours Rangers released the statement we saw earlier, which was temporarily retracted, then soon after restored.

Half an hour later now-ex manager Mark Warburton, who never reads the papers according to yesterday’s press conference, was seemingly on the blower to the BBC’s Chris McLaughlin to deny he had resigned at all.

But as the bizarre evening unfolded, it emerged Mark Warburton, David Weir and Frank McParland had indeed given their resignations earlier in the week in lieu of an offer from Nottingham Forest, resignations the board accepted given it was evident the three did not want to remain at Ibrox any longer.

Alas for the trio, Forest apparently withdrew their offer, leaving all three grovelling back to the board essentially asking for their jobs back. Rangers’ board, it seems, called that earlier bluff and rejected their overtures, stating tonight we do not want a management team who do not want to be at Rangers.

And to further muddy water, Mark Warburton has now completely denied the earlier resignation as have his comrades David Weir and Frank McParland, while Rangers’ board reiterate that they remain in effect.

And with them being resignations, Rangers do not have to pay anything out to the three as severance, saving potentially a million or two.

Warburton has also tonight admitted that rather than the ‘regular dialogue’ he claimed to have had in the past with his chairman, in fact they do not speak at all. Not the first porkie Warburton has ever told Rangers fans and the media, mind you. Not by a long way.

This is messy. This is ugly. And it is poor from David Weir especially who many fans saw as one of them within management.

From what we can tell, the board have played this well. They took seriously the resignations, and stuck by them. Rangers are bigger than any one man, and the harsh reality is Rangers’ squad really is not that bad. It has just been disgustingly mismanagement by the completely wrong man at the wrong time.

Warburton did a fair old job last season, and few begrudge the pleasure we got from that. But it has gone sour this season and the sooner this squad is in safe hands, the sooner we have a credible second place to aim for.