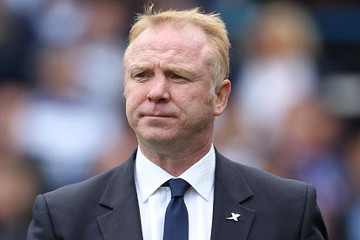 Sky Sources have today confirmed Rangers have made no contact whatsoever with former manager Alex McLeish regarding the vacancy at Ibrox.

With interviews reported as taking place this week, there is said to have been zero interest in appointing the ex-Aberdeen, Hibs, and Rangers man who confirmed on Sky Sports last weekend week that he was interested in the job and it would be too hard to turn down.

Fans have been waiting anxiously for two weeks to find out who the next Rangers manager will be ever since the departure of the infamous trio, and McLeish had been highly mooted as interim till summer, although a great number of fans were divided over whether or not Eck would be the right man to return to the helm.

But Rangers’ board would appear to be disinterested in that idea and the search goes on for now regarding the next coach.