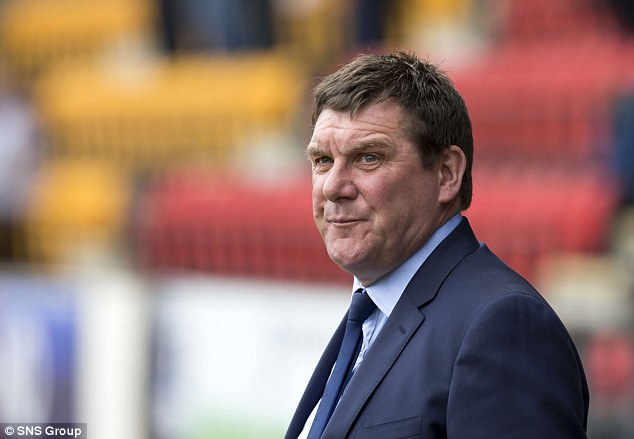 When Rangers beat Celtic then won promotion in April last season, the future looked bright, assured, and the direction of the Club finally appeared to be going towards success rather than mediocrity. It seemed we had a progressive, forward-thinking manager who had a full summer to iron out the defensive chinks in his armour while signing the right players to shuffle his troops efficiently into the top flight of Scottish football.

Unfortunately, as it turns out, winning promotion on April 23rd was literally the last good thing to happen to Rangers and the performances, results, and general press since that explicit day has been mostly extremely negative. It was even negative the fixture earlier when Rangers were taken apart at Easter Road again in a result most fans dismissed out of hand. Unfortunately that day in Edinburgh was a depressing prophecy of what was to come, and Rangers have toiled miserably now for the best part of a year to produce anything like what we expect of a Rangers team.

And last night’s pathetic ‘display’ in the Highlands was not even a surprise, nor was the result. Rangers going to the worst team in the league and managing to make them look half decent, such is the trend this season. The only positive on the night was that it was not 3-1 thanks to a decent Wes Foderingham penalty save, probably the only player who can hold his head up high after a miserable 90 minutes.

Even the normal two exceptions to the ‘Rangers are rubbish’ cliché, Kenny Miller and Barrie McKay, are starting to look frustrated and beleaguered. Miller spends more time complaining about failures by his team mates these days, and last night that graduated to his current manager, as when making an exchange with Murty about tactics or instruction, Miller shook his head in disbelieving disagreement at what he was being told. This is not to condemn Kenny – he can evidently see what a shambles is forming around him and is powerless to stop it. Unfortunately its added effect is the ex-Wolves striker is now running more and more like a headless chicken, such is the complete incoherence of Rangers’ system.

As for McKay? Just does not look comfortable right now. In his defence he is not hiding, but he looks far from happy with all this.

“I don’t think there’s anybody in a job or out of a job that wouldn’t want to take that call. Yeah, I would speak [to Rangers] because it’s a big club but it’s all hypothetical. That call hasn’t happened as from other clubs it hasn’t happened so I’m still happy here.”

Because it is evident from the past three matches that Murty is a reluctant coach who says all the wrong things and clearly has no idea what he is doing. He is out of his depth and is far too scared to try to change the XI from the Warburton era to something different. Rangers need a real manager, and Wright has impressed most neutrals since he made prominence that fateful prophetic night at Ibrox in 2015 when we got our first glimpse of how Warburton’s legacy would struggle in the SPL.

St Johnstone tore Rangers apart that night, and showed how a manager with a modest budget could still get more out of his lot than Rangers could from their more lavishly-acquired squad.

The longer Rangers are managerless, the longer we go without a rudder, the further this collapse will fall – Rangers might not be in the dark days of admin, but most fans still feel their team, from a football point of view, is metaphorically in a similar pit. I know I do, and have never seen a worse Rangers’ SPL squad in my life.

We need someone new, and we need him very, very soon.