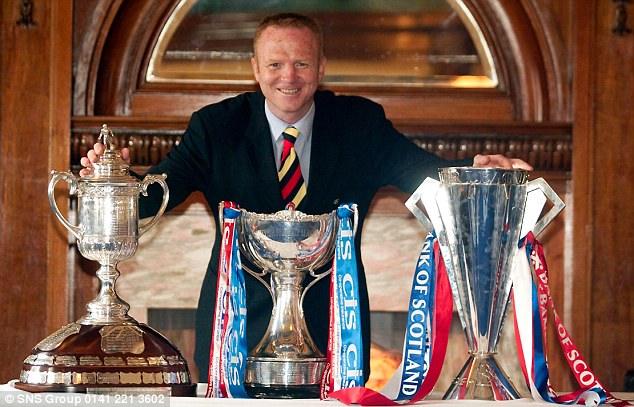 The candidates to replace Mark Warburton are coming in thick and fast, so with tonight’s confirmation that he will no longer manage the Famous (with the latest that he is apparently consulting his legal team), who do you want to see replace him?

For now, the best of luck to Graeme Murty who will take the side for the cup on Sunday v Morton, but it is unlikely to be a permanent appointment. But if he does well, who knows? But we throw it over to you guys; who do you want as long-term manager for the next two years minimum?

The Rangers knowledge of Alex McLeish? The enigmatic Frank de Boer? The astute canny management on a modest budget of St Johnstone’s Tommy Wright? Or perhaps you want the promising Derek McInnes who has done such good work at Aberdeen.

Whoever you want it needs to be someone who understands either Rangers, or the SPL – or ideally both. After the SPL disasters of PLG and Warburton, that type of manager simply does not work here.

We need something safe. Who would you choose?