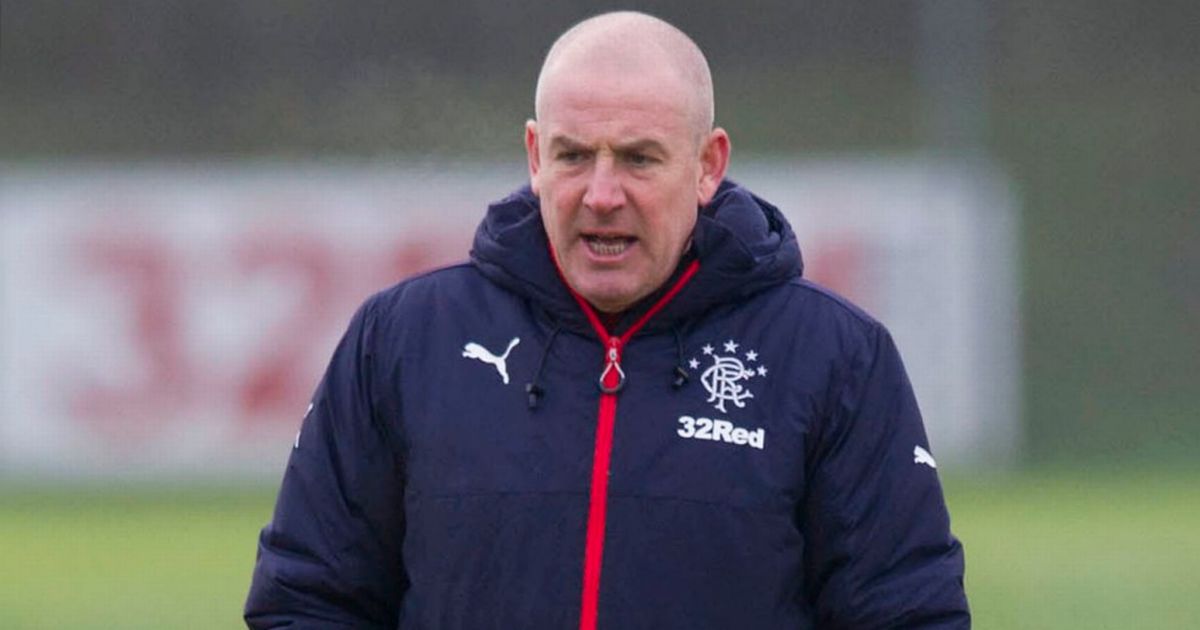 Trying to sift through the wreckage of last night’s abomination on the pitch of Tynecastle is a borderline impossible task, so IbroxNoise decided to take a different angle and expose our ‘manager’s’ post-match interviews for the equally dismal performances they were.

When Warburton was appointed back in 2015, he was initially lauded widely for his press conferences and interviews – he spoke intelligently, progressively, and with the kind of forward-thinking fans believed we needed at the time. After four or five conferences, however, yours truly noticed the same rhetoric, phrases, and general angles being used a few times, and while it was not a big issue back then, I suspected strongly that when results started to struggle under this man, his media displays would be one of the first things attacked by the larger support.

Last night, Mark Warburton’s post-match interviews were of a man under pressure, out of his depth, incapable of fixing the mess he has made, and a man who is simply in the wrong job at the wrong time of his career. Never has the groundswell of opposition to his tenure at Ibrox been as strong as this from as big a portion of the fanbase as this.

If we look at his first interview question; BT’s Eilidh Barbour asked him ‘what went wrong?’. Instead of providing a steadfast and reassuring answer, Mark Warburton told the viewers ‘I don’t know, that’s the simple answer’. He then went onto display complete confusion and frustration as he contradicted himself time and again and did anything but convince Rangers fans he knows how to fix the shambles we saw in Edinburgh. No Rangers manager should ever ‘not know’ and this was one of the most depressing comments by a supposedly intelligent man I think I have ever seen in this context.

When further pushed on players looking bewildered, Warburton said ‘their heads dropped’ before quickly correcting himself, but the damage was already done by the Freudian slip. Warburton had admitted his players did not fight for him, the fans, or the club; instead they allowed the occasion to beat them and conceded defeat well before the final whistle blew.

On no level is that ever tolerable – players giving up, and the manager admitting it.

Worse was to come. When asked if he was happy with American on loan midfielder Emerson Hyndman’s display he let the mask slip again. ‘Yes and no’, he said, before quickly correcting himself again and giving a spiel about the pitch and protecting the player. Again, he was vaguely admitting he simply did not know why he was taking the player off.

Even worse was still to follow when Mark Warburton basically proffered the horrid truth about what he has done to Rangers, by discussing the fact that Hyndman and his Spanish colleague Jon Toral’s parent clubs Bournemouth and Arsenal respectively are his borderline priority – how it is Rangers’ responsibility and obligation to these clubs to ensure ‘their assets’ are protected.

For the first time, a Rangers manager is confessing something quite horrible and it took the depressingly anti-Rangers Chris Sutton to articulate it into words; ‘are Rangers a development team now?’ he asked, ‘I mean, that’s what he’s saying isn’t it?’?

The Famous Glasgow Rangers are not anyone else’s testing bed for their players. That is beyond disgraceful. Loans are to give the player playing time, but to benefit the recipient club and the player. The wages are usually offloaded to said club too, and they reap the benefit of the player’s quality, usually due to excessive competition at the parent club. The recipient club is NOT doing Arsenal or Bournemouth a favour and the implication we are an ecologically valid training facility is beyond demeaning and unacceptable.

Mark Warburton quite simply should be thoroughly ashamed of himself. What he has ‘built’, what he has said, and how he has carried himself. The contrast between this and last season has exposed the kind of manager he is, and Rangers’ fortunes this season have revealed he is the wrong man for our club at the wrong time.

We need a safe pair of hands to steady this ship and work with our resources, not someone who will treat Rangers as a laboratory for other clubs.

Worst Rangers result at Tynecastle in over 20 years? Worst SPL Rangers side in our history.