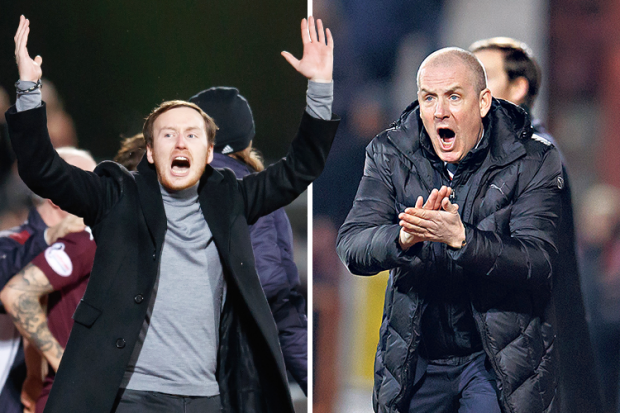 I haven’t written on this site for a while, and I hope that doesn’t make my opinion less relevant than that of our regular contributors to this site, however I feel that after last night I had to air my views.

For me, there have been far too many deviations between the true meaning of Rangers and Warburton’s philosophy this season for him to stand a chance here in the long run; however, fans have continually backed him and used the whole “look where we have come from” rhetoric as an excuse for this season’s disgraceful league showings. It confuses me as to how the majority of those against Warburton took until last night to realise their feelings. Last night was not too much different from a lot of the other embarrassing away performances under the same manager. Comfortably beaten by Hibs and Falkirk twice last season, despite dwarfing their playing budgets; Embarrassed by Celtic, flattened by Aberdeen and laughed at by two different Hearts managers, despite having significantly bigger playing budgets than the latter two. That’s without looking at many other poorly dropped points, but when you focus exclusively on the ‘big’ games, his 0% win ratio is very telling.

Last night at Tynecastle, though, was one of the worst Rangers performances that I have ever watched. Completely out-thought by a 30-year-old manager, and outfought by a team which had been rolled over by an average Celtic performance at the weekend. Combine those factors together and assume that Warburton may still be in charge in March and all of a sudden the third league Old Firm clash of the season in March could end up being a cricket score. Back to last night, though, and it certainly was a treat for Hearts. They managed to face up against us when we were in an extra generous mood. I can’t remember the last time we played and didn’t make a mistake, but last night was a new low. There was a clear mistake for each and every goal, and the all-round attitude to the defeat was shocking.

A proper Rangers manager would have screamed at the players. Drummed it into them what Rangers means as an institution, and reminded them of what a privilege it is to pull on the famous blue Jersey. Warburton? Well he couldn’t blame the players, and of course said that we will learn from it and move on. That just highlights his poor mentality and lack of ambition to be the best.

For those of us who can watch our beloved Rangers without blue tinted specs on, this was clear to see for a while. He has signed far too many rejects for lower league clubs. Failed journeyman. But no, we are led to believe that they are heroes because they got us promoted from the Scottish championship and ‘finally’ won the Petrofac cup.