Home Rangers Glad to see the back of the Three Stooges 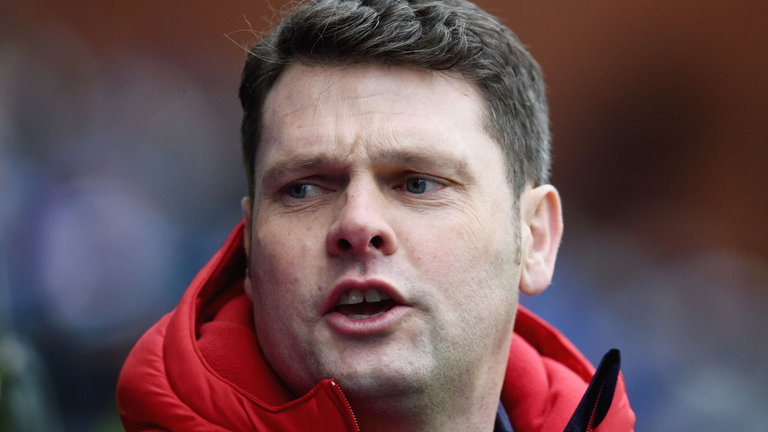 Article by: Richard Fillingham
Last Friday, Rangers announced the accepted resignations of Warburton, Weir and McParland and it made me very happy. I was convinced that they had a wonderful opportunity to do great things at Ibrox, but ended up making a complete pig’s ear of the job.

Rangers tried to go in a different direction with Warburton and co, to see if it could work, and his job was to come in and try to restructure the club from the youth level right up to the first team. He insisted on playing an attacking style throughout the system and in his first year in the Championship it was hard to criticise him, apart from the Scottish Cup Final defeat against Hibernian and also in the away losses to both Falkirk and Hibernian.

The step up to the Scottish Premiership was always going to be difficult in the first season, especially with Rangers not having a big budget to spend, but when you sign too many average players and poor defenders, you are literally asking for trouble.

No wonder Brendan Rodgers has expressed his sadness at the departure of Mark Warburton from Rangers, just like I was devastated when Ronny Delia was found out by the Celtic board. Why? Because Ronny did a terrible job for the East End team, reminiscent of what Mark did for us.

We are now in an historic 27 points trail behind the Premiership leaders and 3 points behind second placed Aberdeen in our first season back in the SPL. Another worry is a revitalised Hearts playing well since signing so many good players during the winter transfer period and are presently only 6 points behind us in the race for third place. They could easily catch Rangers if we fail to improve on our recent bad run of results.

I shudder to think what will happen to the Rangers revival if we are knocked out of the first three places and out of Europe for next season. It will cause the present board yet more financial repercussions.

In my opinion the board are taking a colossal gamble by risking the future of Rangers by giving the too inexperienced under-20s manager Murty the chance to make more mistakes than Warburton and co. If we lose to Dundee and against bottom-of-the-league Inverness, then we are probably doomed, and so would Murty be.

I thought Graeme looked like a fish out of water during the cup win over Morton and he gave me the impression he was not confident enough to be thrown into this unusual position that seemed to be forced upon him. The decision truly appals me as it can only be based on money; it is a move that costs us nothing to use his services. Are you kidding? It could cost us millions in season tickets and no Europe, if he makes a mess of it all. I remember Ian Durrant being put in the same position at Ibrox and he lost the match and looked totally forlorn.

How would you feel about Alex McLeish and Billy Davies working together to sort Rangers out as an interim management team until the end of the season?  Some of our supporters seem to have some questions marks about them, but I think that together it could work out very well.

If Murty feels his loyalty is with Warburton, and going by his recent comments in the press they probably are, and eventually wants to leave our U20’s set up, why not bring in Barry Ferguson to do the job instead? I think he would be a great addition to Rangers in the long-term. If not with the younger players, make him our assistant manager with an experienced manager like Frank De Boer, as he will do the job much better than Weir, who was a complete failure and so disappointing along with Warburton.

I never forget Ferguson’s loyalty to Rangers when playing when he was only 80% fit and taking painkillers so that he could get through certain matches.

He is presently learning the ropes of management at Clyde and there is very little he doesn’t know about the game and how players think. It is only a matter of time before he is back at Ibrox in some capacity, and he fully deserves to be for his many years as captain and top service. He is also a genuine true blue Rangers man.

But for now we have to hope the board gets it right, and soon. Big decision and a hard one, and the longer Murty remains in charge, the more we stagnate.