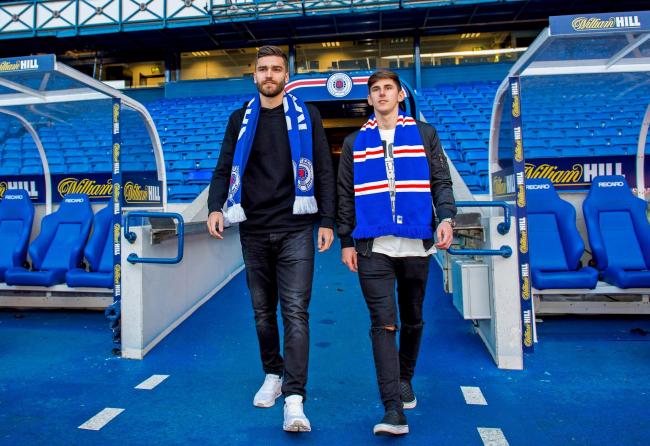 If there is one justification to manager Mark Warburton’s fixation on midfielders, it is the abundant truth that while he has more on his roster than is generally normal for a top flight team to have in that position, few of them are actually any good. Of those available, prior to January’s window, it could be argued absolutely none of the midfielders Mark Warburton had at his disposal were even up to the standard required.

Obviously the blame for this has to be more than significantly at his door, and that of Frank McParland, but either way, the depth to choose from in that department was weak. Out of favour Matt Crooks (now a Scunthorpe loanee), perennially-wasted out of position Andy Halliday (still unconvincing at DM), and the struggling Jason Holt who simply has not performed at the level expected of him since the step up to the SPL were the staple choices available. Other options include Josh Windass (depressingly out of form) and Harry Forrester (has fallen into the fringes of the first team) so it is evident that Rangers’ quality in the engine room was extraordinarily poor.

In January we have seen the acquisition of two of the most promising players Warburton has actually signed since he took the helm in 2015. Bournemouth’s Emerson Hyndman whose displays have been blanket impressive, has been pulling the strings from deep, bursting into the box, making assists and scoring goals. Many call his position the ‘Metronome’ with players like Andrea Pirlo and Xavi legends of how to play in that slot. Meanwhile in front of him Arsenal’s Jon Toral has shown glimpses of real technical quality, with composure and skill on the ball, vision, and the ability to assist defensively.

It is safe to say these two loanees, from Dean Court and The Emirates respectively, have fit into Rangers’ style like a glove, and while fitness (and concentration) issues admittedly surround the Spaniard, he has improved in every subsequent match as his American colleague stole the show.

Ergo, could forgotten man Jordan Rossiter coupled with these two be the dream midfield Rangers have searched high and low for under Warburton but come up empty handed? As we know, it was trumpeted as being Rossiter, Barton, and Kranjcar but that trio just did not work (or indeed happen much) and now Rangers have a second chance to cultivate a trident in midfield more worthy of the shirt than previous incumbents.

Naturally fitness and injury concerns plague Rossiter – his signing has been a bitter failure so far, with only a handful of displays on his CV in the blue of Rangers, but when he has played, few have denied his talent.

Andy Halliday is not and never will be an adequate solution for defensive midfield, but Jordan Rossiter most definitely is. If Rangers can get the Liverpudlian fit (itself a tall order, yes) and combine his qualities with those of Hyndman and Toral Rangers really could finally have the kind of midfield fans (and Mark Warburton) have been aching for since the days of admin.

It is all ifs and buts of course; it is hard to future proof with players headed back south in five months, and with one who cannot stay fit.

But if something could click right for Rangers for once, and all three were to be moulded in Rangers’ first-choice midfield, it really would be the kind of progressive forward thinking and exciting midfield we have screamed for.