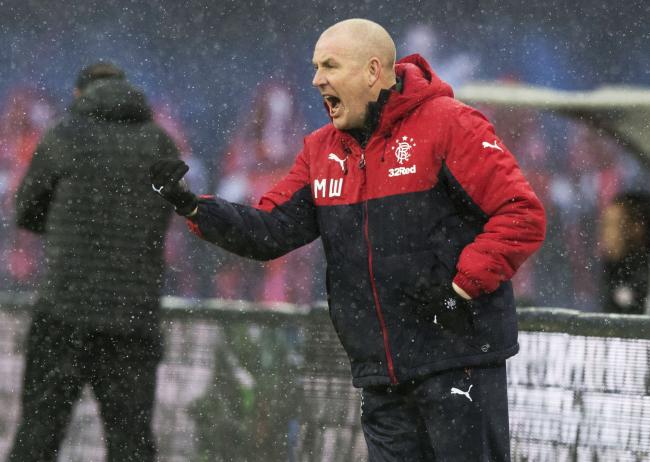 Article written by Richard Fillingham
Once again our present manager thinks Rangers
will learn their lessons from an embarrassing 4-0 friendly defeat to German team
RB Leipzig on Sunday.
They returned to action after a short winter
break against the Bundesliga high-flyers and were totally outclassed for long
spells in a very one-sided encounter.
Sweet
Caroline – a-pal-of-mine from Carntyne wants Ed to
know: –
How did it happen, I’ll tell you, Rangers
kept giving the ball away far too easily and the defence were poor again – it
happens in most games – but we’ll learn from this (Ha ha).
Should a more experienced manager take over from novice Warburton
next season?
He is certainly not the right manager for Rangers and does not seem
to sign enough of the right players for playing in the SPL – nor does he play
them or use players in their best positions.
Sidney
who widnae kid ye from Riddrie comments: –
Hi Richard, I like the site’s ‘Donald Trump’
comments and articles (honest, but does not please everyone) style of writing –
you tell the truth and some fans can’t handle it.
David Weir believes that even spending £100m would not guarantee
closing the gap on Celtic.
If you really believe this statement you
should leave as you obviously do not have the ability to do much about the
predicament we find ourselves in with no money to spend.
Former managers Walter Smith and Stuart
McCall have both called for substantial investment in the playing squad to make
Rangers more competitive but Weir feels that any progress after four years in
the lower years has to be made slowly.
Celtic have a team full of international
players that are constantly improving whilst we are getting weaker each year
with too many bad investments on the park.
Donny
plays poker, he’s also the joker from Yoker and agrees with me: –
I appreciate the way the site presents its articles.
I like the content and you tell it as it is and I know that you are very
passionate Rangers supporters who only want the best for the Ibrox club. I
don’t think the manager handled the embarrassing situation with Barton
correctly. He should have let Halliday and Barton argue the bit out without
getting involved like a meddlesome headmaster.
As you say, “The support is so divided over the squad, the
board, and the manager. The other current imbalance worth a look is a slightly
less abstract one, and it is one which is increasingly annoying fans. Rangers
are chock full of attacking midfielders and winger-type players. Jason Holt,
Andy Halliday, (and the currently injured Niko Kranjcar), Josh Windass, Harry
Forrester, Barrie McKay et al are at least six options Rangers have in that
slot. So what is Mark Warburton doing? Bringing in yet more!”
What about the two new midfield loan signings?
Emerson Hyndman the 20-year-old
midfield player has joined Rangers on loan until the end of the season with
summer signings Joey Barton, Jordan Rossiter and Niko Kranjcar and even 6’ 4”
Matt Crooks having failed to have an impact at the club for various reasons. He
has already been capped by the United States national team at his young age,
while also boasting 31 senior appearances for Fulham and Bournemouth
respectively.
His impressive form at the Cottagers
tempted the Cherries into bringing him in once his contract ran out with the
second tier side and he will now be keen to show off his talents in Scotland.
Jon Toral, another young 21-year-old
who is a 6’ tall Spanish professional footballer who plays as an attacking
midfielder for Scottish club Rangers on loan from English club Arsenal until
the end of the season.
We desperately require two decent
centre halves to stop us losing unnecessary goals and you simply cannot keep
playing Tavernier in defence as he keeps going out of position at the back. The
amount of goals that are scored due to him down the right is unforgivable.
Jim Hilt who is splendid in his kilt is from Castlemilk asks: –
In response to “If
ever a transfer window summed up the aimless direction Mark Warburton is going
in, it would be this one. With two new creative midfielders signed up over the
past week, to call the man’s obsession with midfield unnerving would be
something of an understatement”, I say, where are the all the good defenders?
Who do you now play in midfield this week against Motherwell?
I don’t know the best formation yet,
but I certainly hope the manager does.
John
the prophet from Moffat wants Ed to know: –

I have to agree that Ibrox Noise can
on occasions be negative, and it ends up writing some articles because it likes
to be honest (well done Ed, a huge asset). Honesty is how it should and does
work, stating your opinion is based on what is happening at Ibrox. If you want propaganda,
tell your readers “We will learn from all the mistakes I am making at Rangers –
picking the wrong team with the wrong tactics”.
Readers should learn to appreciate an
honest and passionate view – exactly what you get from Ed and Richard
Fillingham and the rest of the team.
“We support and love Rangers, and that
is why we struggle with where things are right now. Many likeminded fans are
exactly the same.” Ed is right to say that the fans don’t think Warbs tactics
are right for Rangers. When you cannot beat enough teams at Ibrox, you are
getting something badly wrong.
We are where we are until things change!