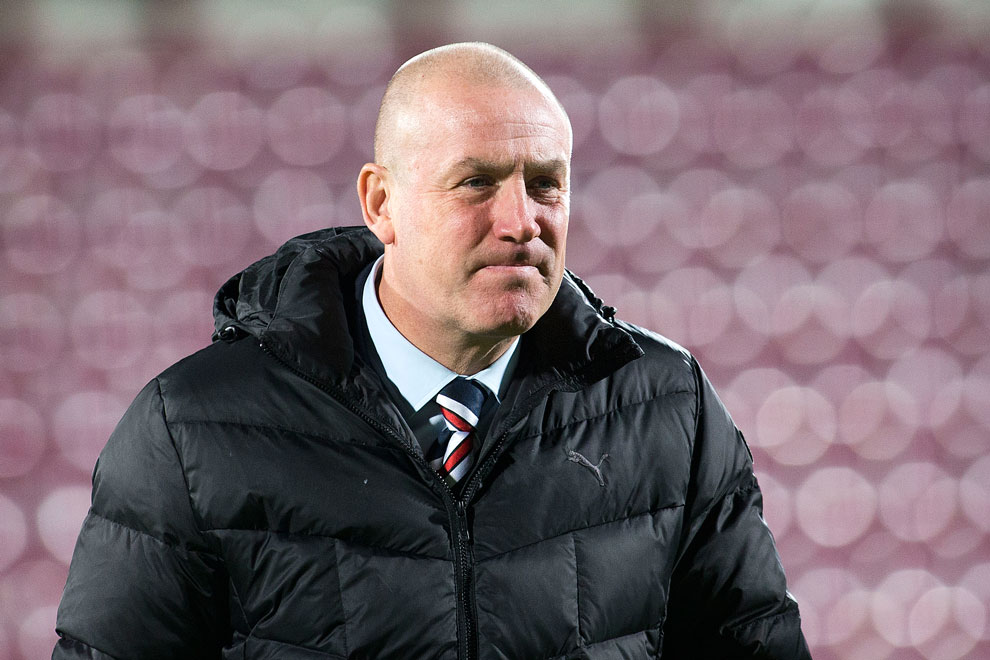 Ibroxnoise.co.uk has had a lot of detractors in the past half year or so. We have never been the most popularist Rangers site out there, going with our own views rather than trying to ingratiate ourselves to the wider fanbase with amiable opinions designed to gain popularity.

In a sense we could be called the ‘anti-fan’ site, a tag I am happy to go with – I love Rangers as much as every true Bear reading this right now, but a fansite which perpetuates only positivity and optimism about its subject we most certainly are not.

Ironically, though, last season the site was most definitely overflowing with joy, as we watched the new Mark Warburton era start so brightly with its free-flowing football and, in the early part of the season, rack up the goal counts with 6 and 5 goals becoming fairly regular before the turn of the year.

However, if we overlook the devastating humiliation at the hands of Tommy Wright’s canny St Johnstone side last year, another match which preceded it by three days on the 19th of September was the early indicator that Warburton’s system was already starting to be exposed. While Rangers managed to win at Dumbarton’s Cheaper Insurance Direct Stadium, it had been a gruelling affair with the home side more than matching their illustrious guests and only a late Martyn Waghorn grass cutter from 20 yard confirmed the win, itself put in doubt after Danny Wilson conceded a late penalty in the 90th minute.

The signs from that match were deeply concerning; Rangers’ possession play was suddenly, two months into Warburton’s regime, being sussed by teams at the bottom of the Scottish Championship.
To quote a BBC match report (from the very fair Richard Wilson) from the time:

“Rangers huffed and puffed but two Martyn Waghorn strikes eventually broke down a resolute and gutsy Dumbarton. Whether it was through a resolve to not become the seventh team to concede five goals to Rangers this season, or because this marked their 300th competitive game at what is now called the Cheaper Insurance Direct Stadium, Dumbarton had their visitors between a rock and a hard place.”

Rangers did go onto coast the league as a whole, and that was why Warburton was brought in – get Rangers back to the top tier of the Scottish game. He did that, with distinction, and deserves all the credit he got at the time. But the signs were just starting to appear that Rangers’ plan A might not be enough at a higher level; worryingly Warburton stubbornly confirmed more than once the style of play would not change– including on the day Rangers won the title, when held to a drab 1-1 draw at home by yet another woeful side in Alloa.

Unfortunately, that aforementioned stagnant form which followed the Old Firm semi victory has remained to this day, with effectively one good league performance since early April with that impressive marshalling of Killie.

Last night’s dismal display at the hands of an off-form Hearts hit a new low of depressing, and for the first time, this site’s ardent insistence of the past six months that Rangers were struggling and more recent assertion that Warburton is not the right man for the long-term project is now finding harmony with a great number of fans who truly lost patience with events in Gorgie.

We have taken severe abuse for this opinion, from some fellow fans who refused the idea that the ‘Magic Hat’ was the wrong man for Rangers in the SPL. We never doubted his ability in the Championship, but the step up was a step too far.

Last night Rangers fell over the precipice – a team with a fraction of the finance Rangers have, who have a third of the player budget Rangers have used, and whose manager was on the verge of a move to MK Dons following that fixture, absolutely humiliated Warburton and his men.

The systemic failures at every level of Warburton and his stubborn and arrogant refusal to alter his gameplan were laid bare as that tedious ‘possession’ football once again bored everyone to death and failed to deliver. The man absolutely steadfastly will not change from 4-3-3 despite its obvious impotence. This site got absolutely lambasted for comparing him to PLG, with the Frenchman’s similar formation; sadly, we suspect fans now understand why.

Supporters on social media felt no affinity with either the management, or the players last night, truly believing this was not a regime worthy of the club’s proud heritage. Too many individuals evidently do not believe in the manager, and are not playing for him; Tavernier probably had his worst match in a Rangers jersey, albeit he has had a reasonable season, while Andy Halliday got dog’s abuse for posting missing; but then, once again he was playing as defensive midfielder while an actual one, Matt Crooks, found himself as advanced playmaker, Halliday’s best slot. I mean, what on earth kind of management is that?!

And he is right, we have won 5 of the last 7 matches. The part he ignores is only one of those was against a reasonable side; Killie. The closest otherwise was v midtable Dundee (who were second bottom when Rangers played them). Otherwise Rangers scraped by against the absolute dregs of the SPL in both Thistles, and Ross County.

Unfortunately this site has realised Warburton’s limitations for well over half a year and been slaughtered for it – this is one we badly wanted to be wrong about; it is time for Mark Warburton to step down. Thank you Mark for what you did in the Championship, no one will forget that. But you are not the right manager to remain in the seat in Scotland’s most important job at the domestic game’s highest level.

He has simply not got the flexibility or will to alter his approach and the longer he remains Rangers’ manager the worse it will be in the long term.