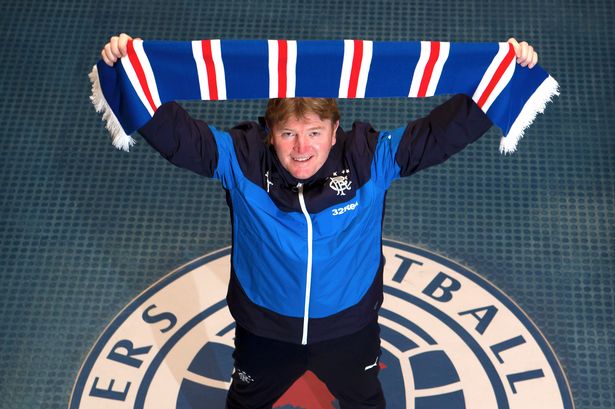 One look at English League One tells an intriguing story; a moderately strong league sees Stuart McCall’s Bradford City lying in a very healthy third place, looking like serious contenders for automatic promotion and absolute certs for a play off place.

This is the same Stuart McCall rather poorly treated by Rangers once promotion was gone, and who never got a serious look in as a contender for the job.

Would Stuart McCall, with his long-standing managerial experience of both English football and top flight Scottish football and naturally his huge role in Rangers’ 9IAR era have been a better bet for Rangers manager than Mark Warburton?

No one is naïve. We wanted the exciting English manager in Warbs, and McCall essentially did not get a look in. Few wanted him given the job permanently. And despite the dismal loss to Motherwell in the playoffs, he took a shambolic Rangers squad and got it not only past Easter Road in the league with a stunningly well-organised display, but past Stubbs’ men in the playoffs too.

Motherwell was a step too far with the painful squad McCall had, and humiliation followed; as did a mass exodus of 12 failures that summer, followed by another one last summer of those who had a remaining year on their deals after that diabolical afternoon at Fir Park.

The question is would McCall, with a blank slate and the chance to build his own squad that summer, have stood a better chance of making an SPL-worthy side that could have fit the kind of football Rangers need better than the system Warburton refuses to shift from and which clearly does not work?

His success with Motherwell and their infinitely weaker squad is a decent resume, as is his current standing with Bradford; plus his absolute understanding of what Rangers means.

He was easily the most gracious, dignified and media-friendly manager Rangers have had since Walter Smith, showing courtesy, class, and coming across as eminently likeable. The fact he appeared to be in with no chance of getting the job permanently was something we did not object to, but with cursed hindsight and the wisdom it entails, McCall, with a chance to rip up the squad and start again in the Championship may well have built a squad more befitting the demands Rangers fans have.

We will never know, and even today I for one would not be absolutely horrified to see him back at Ibrox, but it is a case of what might have been.

He certainly would not have signed Joey Barton…