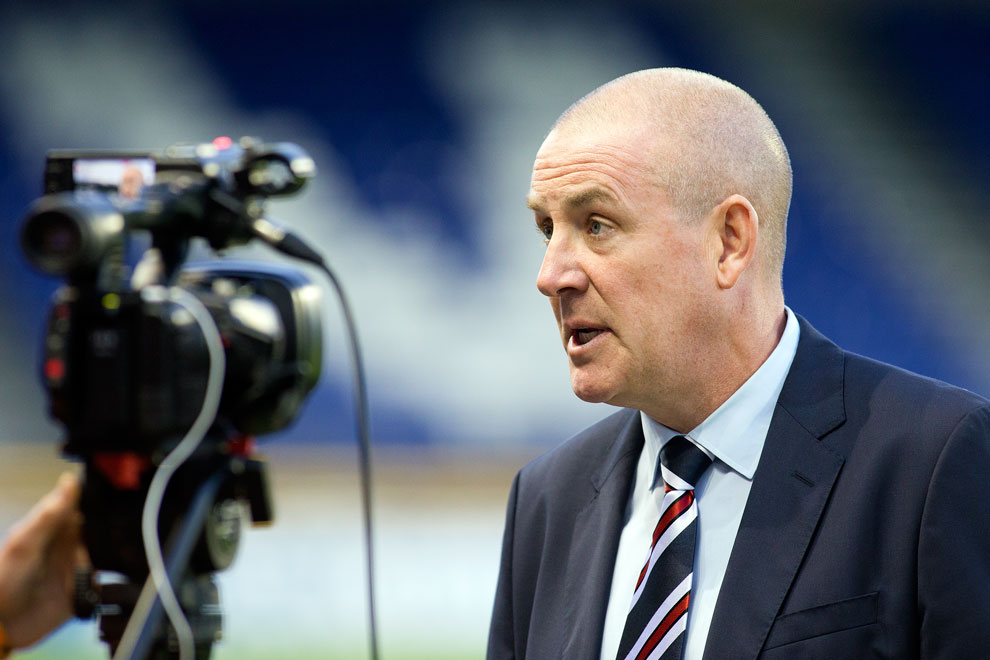 Following last night’s blackout with BT Sports where Rangers’ manager Mark Warburton made himself unavailable for interview with Eilidh Barbour or indeed anyone else from their network, it would appear that Rangers have ordered a selective boycott of BT Sport.

Indeed, the pre-match build up did not include any features on Rangers players (or management) at all, with only Inverness’s Richie Foran as part of the package before kick off.

The channel’s presenter Darrell Currie informed viewers that Mark Warburton would not be delivering their network a pre-match interview, but was expected to provide one post-match, which it was later confirmed by the host was not to happen either.

However, I use the word ‘selective’ boycott as Niko Kranjcar and MOTM Kenny Miller were available for media duties with BT’s crew and provided post-match interviews as normal.

It is believed the ‘selective’ boycott course of action is over two reasons;

BT pundit Chris Sutton has been vocally insulting regarding Mark Warburton in recent weeks, with unconstructive criticism and general borderline smears punctuating his analysis of Warbs’ performance. His association with the channel has clearly lost friends at Ibrox, and the pundit has indeed been equally as tabloid with other networks and radio with similar insulting and overly critical diatribe about various subjects, not just Rangers/Mark Warburton.

The pundit has even drawn criticism from Celtic fans due to his extremely emotional style, which at times borders on too emotional, so if his own supporters are critical of him…

The second reason is last night various news outlets revealed the Joey Barton ban has been extended indefinitely, with further developments also emerging regarding the betting charges (Rangers confirmed Barton himself asked for an extension regarding the hearing) and the circus ongoing; and speculation is Warburton was not interested in further potential questions on the topic. Or that club PR firm Level 5 advised against him participating.

Whatever the whole truth behind it all it is a slightly unwanted distraction going into next week’s crucial Old Firm semi.

But Rangers have most definitely been through worse times than these.