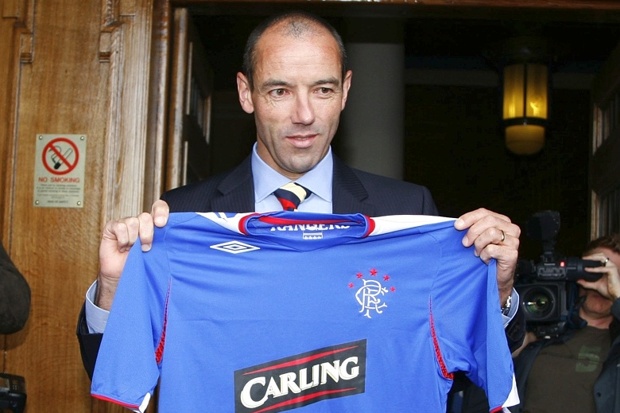 Article by Richard Fillingham
The poll result of my last article regarding the possible comparisons between Warburton and Le Guen are as follows:

According to the these numbers, 45% of the fans are not prepared to give Mark the full season to muck it up and if he cannot fix it up, then he must go. The majority want him to change from the 4-3-3 formation and start accumulating points immediately. Well, following the poll, at least he started with 3 points against propping-up-the-league, Partick Thistle.

Can he get Rangers into the top three this season so that we qualify for Europe? Of course he could. We have the 2nd biggest wage bill in the country, so this should, at least, be achievable. For the small amount of money invested, we have a substantial squad of players who must gel quickly and develop a winning strategy. Through our predictable play, opponents simply know how to negate our system, proving that even having 70% possession is not always the Holy Grail to winning a match.

For a long time, last year, I thought our management team were fantastic. I still want them to succeed and stay on at Ibrox. I know they are doing some great things throughout the club with the new look youth set-up and a new coach for the U20’s side – in fact – everything seems to be going right except the first team results.

For goodness’ sake, wake up, shake up and make up your mind to change from your plan A to plan B with fluid 4 1 4 1 or 3 5 2 or 4 4 2 formations. Certainly not the same old 4-3-3 policies, as Premiership teams know how to play against this system. Warburton’s sides are becoming one-dimensional, too predictable and definitely (as they always have been) error-prone to losing goals.

Plan A does not work often enough against organised teams with superior defenders and midfield players. They adapt and stop this formulaic Rangers team from playing and scoring. Warburton’s ‘Magic Hat’ could soon turn to a ‘Dunce’s Cap’ if he doesn’t listen to the advice of experts, journalists or even the fans of the club who have the brains to understand where it’s all going wrong!

Any diehard fan seems to be able to offer a constructive plan B – why does he not see it for himself or listen to others?

I am beginning to compare Mark Warburton more and more to Paul Le Guen who never fully understood the mindset of Rangers Football Club. Very soon, the unbearable media and fan pressure which is simmering at the moment will boil over and Ibrox will become a pressure cooker of discontent for Warburton.

If his team fail to win at Inverness and lose badly to Celtic at Hampden Park in the Betfred Cup semi-final after that, surely the situation will escalate beyond repair for Warburton and Co? Only the dire financial restrictions of the club would then save the management team’s jobs because Rangers simply don’t have the money to pay them off. Is the board prepared to give them the benefit of the doubt for this season and allow them a year to adjust to the standard required in the Premiership? That is what Alex McLeish advocates.

This Rangers team consists of multiple free transfers and as my mother used to say, “You can’t make a silk purse out of a sow’s ear”. Against Aberdeen we were like a patchwork quilt – the team were stitched up by a poor referee in John Beaton, with another error of judgement. I, for one, didn’t have to see the replay again to know it was not a foul by Tavernier.

So far this season John Beaton has managed to produce 58 yellow cards + 2 reds in only 10 games after he booked a further 7 players in Thursday night’s Austria Vienna game in the Europa Cup. I must ask the question – why was this man who averages almost 6 yellow cards per game even allowed on the pitch, never mind refereeing a hostile grudge match at Pittodrie? Does he have red mist or is there always a rush of blood to his booking arm?

After the Thistle game, however, we are up to 5th place, so maybe the recovery starts from now!