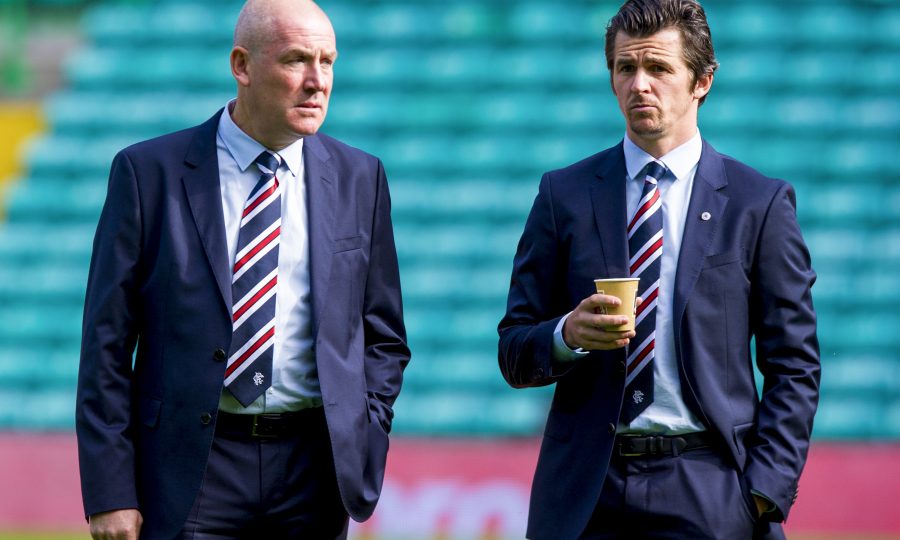 Article by Sam Groves
It is hard to know exactly how to start this article. Is it with the Joey Barton headlines dominating all things Rangers? Is it with the crucial trip to Inverness on Friday which must see a continuation of the bright form (after a slow start) against Partick? Or is it with the excellent news that defensive midfielder Jordan Rossiter’s return to training gives Mark Warburton a full squad to choose from for the first time this season?

In harsh truth we must start with Barton. It has become, frankly, an embarrassment. Rangers made the wilful decision to sign a player with arguably the worst reputation in football, and bring him into possibly the highest pressure pot city for football in Britain. A player, raised as a Celtic fan, who ended up playing to Rangers’ galleries and goading everything Celtic, making him, thanks to his lousy form and the subsequent circus that has developed with his behaviour, a complete laughing stock that Rangers cannot afford to pay off.

This is a £2M waste Rangers are stuck with unless the board can find some way of ripping the deal up without being hauled into court by a player wealthy enough to be able to do so.

Then you have the rumours Barton actually wants to get back to playing, that he is, according to Talksport claims, ‘desperate’ to don Rangers’ shirt again and prove himself.

It has become a true modern tragi-comedy – but not one any Rangers supporters are laughing at. Indeed, the bizarre mood from social media is that supporters are almost more angry with the club’s handling of this growing farce than they are with Barton’s own conduct. Whatever he did to merit the initial three-week ban, Mark Warburton has evidently decided he does not want the player back in his squad, hence the extension, and Rangers’ board as well as Warbs are getting it thick from fans appalled how this saga is unfolding.

It is ugly, and sooner it is completely resolved one way or the other the sooner we can move on.

To things like the importance of Friday, and getting two wins in a row for the first time back in the Premiership – Rangers currently sit fifth – nowhere near good enough but within three points of second, which would probably be regarded as a good finish this season in light of the beleaguering start.

But Warbs has to get the team right, and start giving more chances to players who need and arguably deserve them. Guys like Joe Dodoo, Michael O’Halloran, Lee Hodson, Matt Crooks et all are wasting away on the bench while the same old predictable XI seems to start every league match.

Warbs needs to introduce more Trojan horses in his team – more players who opponents do not expect – how often do we see the McKay, Miller and Waghorn trident up front? And the midfield has reverted back to last season’s, which is no bad reflection of Jason Holt’s gradual return to some form and Andy Halliday’s fairly respectable showings; but it is the predictable usual.

But in, as mentioned, better news still, Jordan Rossiter’s return to fitness could not have happened at a more important time. Sure, again, he probably will not even be on the bench never mind starting this weekend, but having his quality at Rangers’ disposal is vital.

Warburton needs to shake his team up more in the league – it is all very well the official site proudly proclaiming four changes from the last match, but when the last match was a cup fixture, the gravity of those changes reduces massively.

There are a number of players who seem completely immune to dropping; Foderingham (in his defence he has delivered), Wallace (having a horror of a season), Tavernier (been far better this season than how he finished last), McKay (mostly ineffective this season), Miller (36, might be the top scorer but it is demoralising for the Joe Dodoos of this world), and Waghorn (if he is fit, he plays – that simple).

Shaking this up to be less predictable would be such a refreshing change albeit thank heavens Rob Kiernan seems now to have been ditched – but I guess that will be confirmed one way or the other on Friday.

Unfortunately, the Joey Barton circus will probably rumble on till next week.