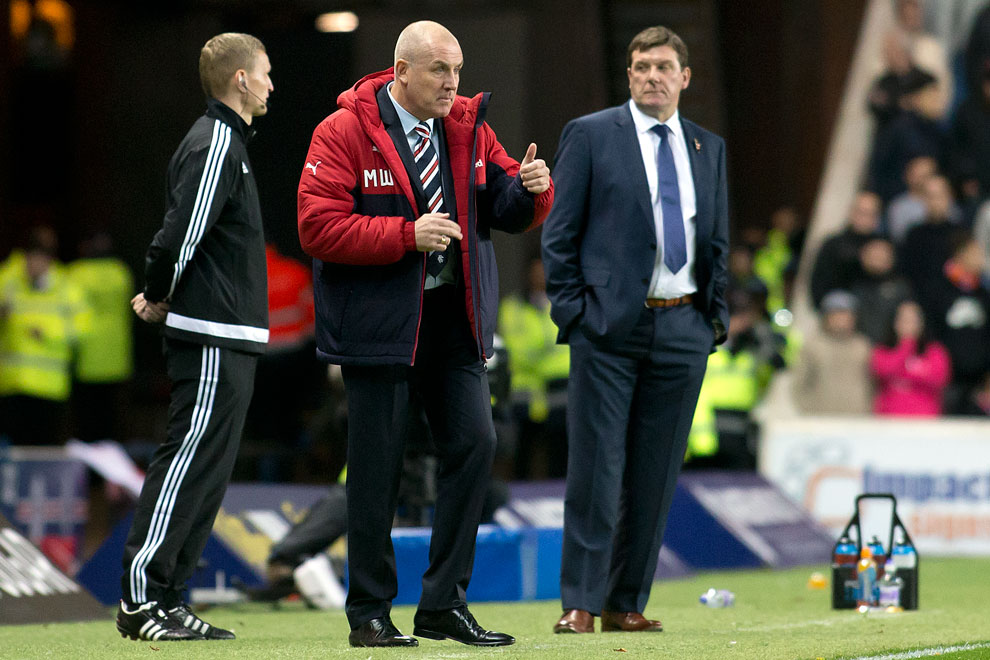 Last night’s painful lesson at the hands of St Johnstone has led to the first true questions being legitimately raised about Mark Warburton by Rangers fans. This site has been questioning him for some time, but reaction to the pathetic draw at Ibrox has led to a real groundswell of doubt resonating with other supporters.

Rangers, with the second biggest budget in Scotland, with star signings like Philippe Senderos, Joey Barton, Niko Kranjcar, Jordan Rossiter, Michael O’Halloran and Lee Hodson were rather comfortably held by yet another manager who barely struggled to contain the home side and but for more belief in their finishing would have left Ibrox with all three points.

The fans booed at the final whistle, but that disappointment, following the utter dismantling Celtic gave at Hampden does not fully illustrate the picture of just why Mark Warburton is the wrong man to lead Rangers forward.

That is correct. This site is now calling it. Enough is enough.

The stats of opponent manager Tommy Wright at St Johnstone with their modest by comparison squad make for impressive reading – 151 matches, 70 wins and a firmly justified third place in the SPL table. Just under one wins in two. This manager has taken an average squad and juiced a great deal more from them than they look on paper, while his opponent last night simply cannot get 40% (four wins from 10 in the SPL tells the story) from what he is supposed to have signed.

Rangers fans themselves have evidently started to have enough; one look at the replies to Warburton’s press conference today shows the sense of absolute despair now permeating Rangers fans:

@RangersFC you should spend a month chasing someone pay over the odds then dont play him. That will work

No one wants a man to lose his job, whether it is Warburton, PLG or even Kenny MacDowall. But the results and displays speak for themselves.

Warbs does not have what it takes to lead a colossus like Rangers forward, with a lack of flexibility and understanding of what is actually needed. Watching Wright’s side comfortably contain then hit on the counter – that is twice now his side have come to Ibrox and been the clear better side. And while Rangers fans would have expected a test against the likes of Celtic, Aberdeen and Hearts, a visit from Hamilton, Ross County and St Johnstone should deliver more than three points from nine.

To give him his dues, Warburton gave O’Halloran a start – and the former Saints winger was the most dangerous thing Rangers had, aside Forrester, another one he decided to restore to the XI.

Today we see Wigan linked with a move for the manager, and honestly, this author would be happy to see that happen now. Seven months of patchy-at-best displays and some downright horror shows is a downward spiral which shows no sign of turning a corner. For every reasonable win against Partick or Inverness, it is countered by at least two bad results.

Four wins from 10 is an abject return for a side who at least had pretentions on upper midtable, before the star names started to arrive and made us think top two was feasible.

Ever since that semifinal last season, it has simply gone south. Some even point to the cup final as the turning point, but the form leading up to it was painful, so that argument holds little water.

Some fans still hold faith in this regime to turn it around. That is faith I do not share now. This regime fails to understand, as many fans have alluded to, what it takes to manage Rangers.

It is time to cut losses and move on to one that does.