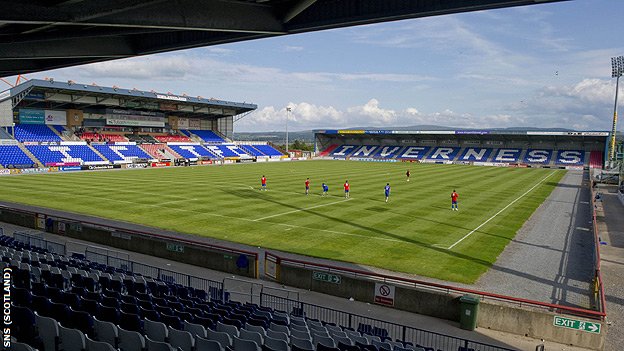 After yet another excruciating international break, the real business makes its long-awaited return when Rangers travel to Inverness tomorrow to face a Caley side languishing in lower midtable mediocrity down in 8th.

Richie Foran’s side has managed only one less win than Rangers, and this really is a battle of attrition, with Rangers desperate to get their season truly underway and ICT desperate, as all SPL teams invariably are, to get another one over on Rangers.

For the first time this season Mark Warburton has an entire squad fit and available, with the obvious exception, and with the likes of Windass, Rossiter, Crooks and Garner all at Warbs’ disposal, there is potential for a much-changed XI from the one that struggled against the other Thistle.

Speculation is that Kenny Miller is set to make way for Joe Garner at the very least, but beyond this swap, the selected side is anyone’s guess.

Even Lee Wallace looks vulnerable for the first time this season, as mentioned earlier, with insipid displays punctuating his campaign and his own concession that he is far off his best – there is a real possibility Lee Hodson, fresh off his midweek cap for Northern Ireland in Germany, could find himself in the captain’s slot at left back.

James Tavernier is a certain starter at right back, while Foderingham will continue in between the sticks, but defence is intriguing. Surely the in-form Danny Wilson will retain his place at the back; the question is who of Hill, Senderos and Kiernan will partner up with him. My money is on Senderos keeping his place at the heart of Rangers’ rearguard.

Midfield is currently Halliday, Holt and one other. It will not be Rossiter – Warburton confirmed he will not feature. That leaves Crooks, Windass, Forrester and Kranjcar. Suspicions are that Kranjcar will star again, making the midfield Halliday, Kranjcar and Holt.

Up front McKay is set to remain on the left, with Warburton singing his praises about how young Scottish players must be given chances and stuck with. Garner as stated will be in the middle, with Waghorn near-certainly on the right.

Many would argue this is far from Rangers’ best team – no Rossiter, Forrester, Crooks, Windass, O’Halloran et al. Hence I will just hope I am wrong.

Either way, whatever side is selected, the trip is as important as all Rangers’ matches these days seem to be – every new fixture is the ‘most important match so far’ as Rangers are being judged meticulously in ways they never have been before, as much by our own fans as by the game north of the border.

Warbs has the usual big calls to make, and a victory in the Scottish Highlands would go a long way to aiding with the slack he earned last match around.