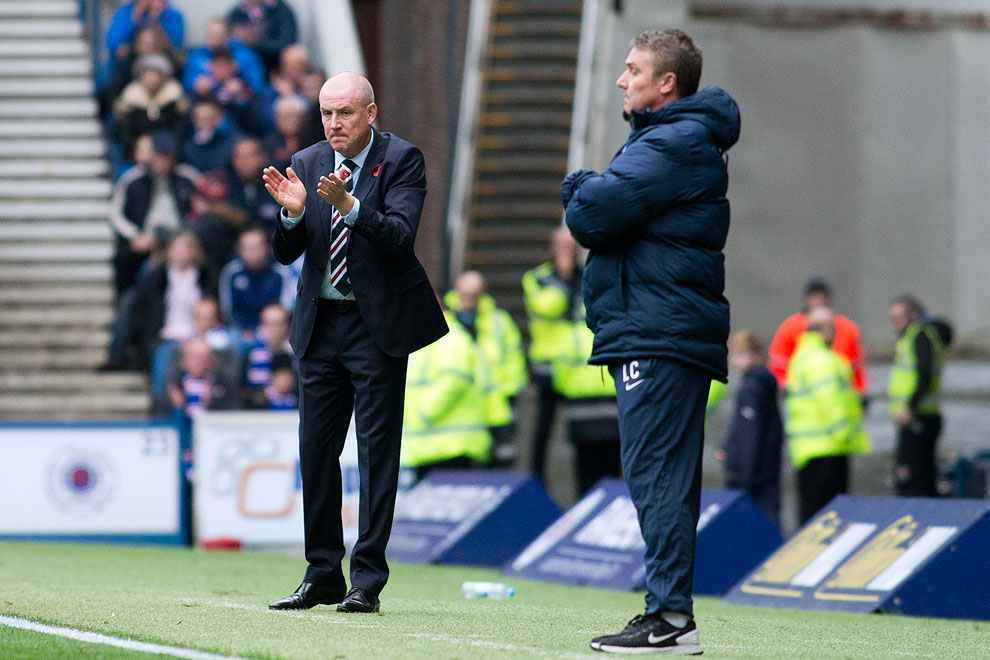 Regular readers to this site (and even non-regulars) will be more than aware the last entry invited manager Mark Warburton to pack up his things and leave. After seven months of patchy, unreliable performances and inconsistent results, it felt like the edge tipping over when St Johnstone comfortably contained Warbs’ men at Ibrox and really should have won with something to spare.

What a difference 90 minutes has made to absolutely everything.

Today’s display against a very strong and in-form Kilmarnock side was everything fans (yours truly especially) have expected and demanded Rangers deliver for months now, ever since the dip in form which left a sour taste in the mouth after last season’s Old Firm semi win.

From the first whistle Rangers gave Lee Clark’s men absolutely no quarter, with constant high pressure, defending in numbers and intense attacking with off-ball movement the likes of which we have not seen in maybe a year from Warbs’ side.

With Michael O’Halloran starting his second league match in a row, and McKay continuing to warm the bench, dare I say Rangers’ manager has been more than stung by the criticism, despite his claims to ignore it, and has taken some of the advice more personally? Finally giving O’Halloran a chance is a big statement, especially at the expense of the seemingly undroppable McKay, while former favourite Martyn Waghorn’s poor form seems finally to have been recognised by the gaffer and he too is on the outside looking in.

And it paid off today. O’Halloran was a man possessed – Rangers fans ached to see the lad given a substantial run in the team; well this afternoon justified that canvassing as Warburton relented and let the former Saints attacker do his thing. He was the most dangerous player on the pitch, getting to the byline with gay abandon and terrorising Steven Smith to name just one.

And while there were other personnel questions (Hodson back on the bench, Crooks only making a cameo, Senderos still not getting a sniff) the system today was different. Warburton may claim ‘it’s all about what we do’ but today’s system was not one set up without the opposition in mind. Right back Tavernier was restored to counter Killie’s pacy opposite number in Jordan Jones, and while Clark’s man had some joy, it was short-lived. And significantly we saw that aforementioned high pressing. Rangers looked energised in a way we have almost forgotten; Holt, Halliday, Windass and Miller especially ran and harried the visitors off the ball, and made it impossible for them to get anything like a head of steam.

And at the back, the sight of a swamp of Rangers players organised on the 18 yard line and in the 6 yard box (essentially two banks of four) is the kind of defensive robustness absent essentially through Warbs’ entire tenure until now.

Rangers, for the first time today, actually looked like they knew how to defend – as if something has changed with the tactical approach and instead of being constantly exposed (it still happened, just not as much) at the back, numbers swooshed back when the ball was lost to cover a counter.

It just looked far more like the kind of organisation Rangers need. Coupled with Kiernan hitting form ever since his solid show at Hampden, and maybe, just maybe there is a baby step being taken here.

This was a midtable side at Ibrox, the kind of team Rangers have struggled with this season, and they simply blew them away.

Conspicuous by its presence was Rangers’ late-running too; inside 40 seconds Holt burst onto the edge of the box and put one just outside MacDonald’s upright – that late-running midfield support in the box has been a glaring deficiency of Warburton’s system; well, today he got it right.

There is a long way to go, and this progress could worryingly unravel at County next week. But (some) readers will be pleased to hear this got Warburton a stay of execution in yours truly’s eyes. He showed, at last, the ability to adjust his system and his tactic to deal with a different opponent. And if he continues to do this, to modify how he sets the side out, and continues to show more willing to drop out-of-form players as he has now flirted with, he will eventually get this right.

Credit where it is due – this site has slagged Warburton off rotten recently, and it stands by that criticism. But we are delighted to praise him and the players for a good day’s work and hope he and they continue to prove us totally wrong. Starting in the Highlands next week.