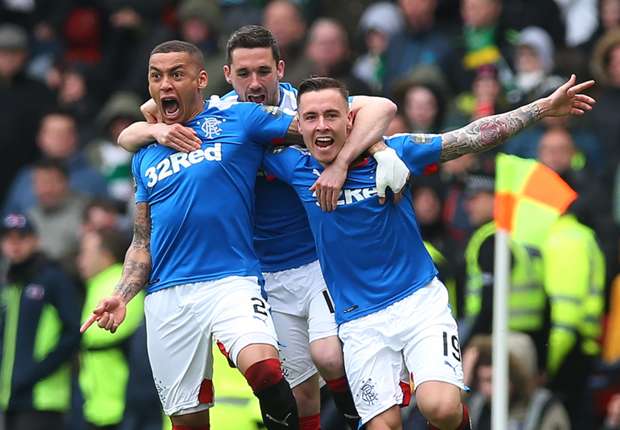 I must admit, even with all my years experience of Rangers going to play in that hate-filled putrid atmosphere at Celtic Park, I am still not sure which way I want the Teddy Bears’ to play. Should they play a more defensive line-up for the first 60 minutes of the game? Playing a harder to beat X1 could be changed to a more attacking style if we are behind in the match with 20 or 30 minutes to go. If we need to attack more to gain a draw or perhaps just go for the win and all 3 points.

Let me explain what Walter Smith used to do at Celtic Park and he had more successes than any of the modern managers. He played very tightly by trying to have as many people in his side who could win the ball and then pass it. You have 52,000 Celtic fans spilling hatred all over the park and putting massive pressure on referee Willie Collum, who is probably on a hiding to nothing from both sets of fans. Refs are only human and I believe they try to remain impartial but unfortunately, they usually make mistakes. Celtic have an advantage with free kicks given in dangerous areas around the box, which undoubtedly adds to pressure on the Rangers defence.

By picking Hodson, the Northern Irish right back, it gives you a bit of stability at the back as he will stay there at all times to make sure that the back four are safer in numbers. Tavernier will be ahead of him, so they can both deal with Sinclair who is fast and a handful. If we play Tavernier at right back, Celtic will simply give Sinclair the ball when Tavernier is caught out of position a – a bit like football suicide! By playing Wallace at left back and Halliday ahead of him in left midfield, this gives Wallace the chance to bomb forward when the occasion is right and Halliday tucks in behind him to offer protection in case he loses the ball. Personally, I have gone for Kiernan and Senderos as the two centre backs, because I believe that Kiernan is a better tackler than Wilson and we need the height of 6’ 3” Senderos.

If you are playing two holding midfield players, Rossiter is a great young player with a bright future and fully deserves to keep his place in the side, and the other is Barton, who I hope will shine in this challenging Old Firm match. These are the games he joined the Ibrox side for!

I think we need Tavernier in the team as the right wing back where he has the freedom to drive forward at every opportunity and also for his ability for scoring those special free kicks. I think we have to change from our predictable line-up to surprise and confuse this high-flying Celtic team. I want to make Rangers harder to beat by playing Waghorn in the engine room, as I think central midfield will end up being his best position. He has the talent to see and make a pass and is a particularly strong tackler and is not scared to get his sturdy frame stuck in to anybody during a match and he can also score goals by coming forward at the right times. With Halliday playing a very disciplined role down the left of midfield, he is vital to Wallace getting down the wing at every opportunity.

It might seem too defensive leaving Garner leading the line on his own, but we
have players running off the ball quickly to add to his attacking prowess and it gives the Celtic defenders nobody to man mark which will confuse them.

Kiernan, Sendoras, Wilson or Hill (as the back three, to give added protection)
Tavernier, Barton, Wallace (with one holding player and two wing backs)
Waghorn, Halliday, Miller (all getting forward whenever they can)
Garner (leading the line on his own, with help pouring forward when we have the ball).

You have options and a bit of dig, muscle and physical strength but it doesn’t give you the flair players like Barrie McKay, Harry Forrester, Michael O’Halloran, Josh Windass or Niko Kranjcar etc but it does give Rangers a great substitute bench.

What do you think of Richard’s tactical suggestions?