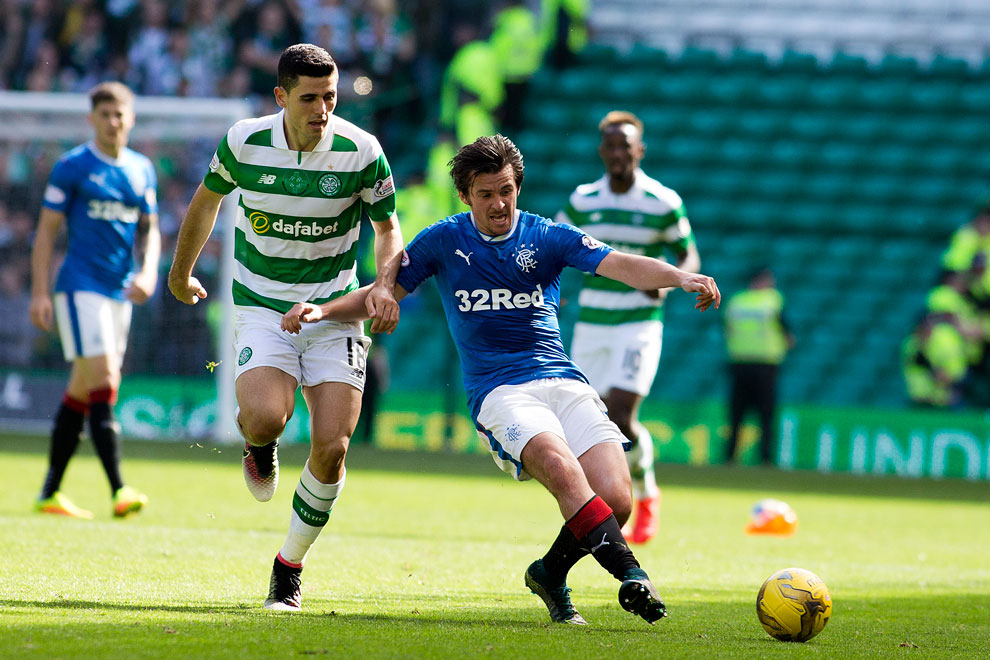 Rarely has a football transfer in Scotland generated the hype Joey Barton’s switch to Ibrox did. You truly would have to look at the imports of the past like Gascoigne, and for the older Bears, Boli, to see anything like the hysteria of the former Marseille anchor’s decision to join Mark Warburton in Govan.

In terms of recent signings, Barton is arguably Scottish football’s biggest in a decade. Many will make cases for other players, and that is fine, but then I did add the ‘arguable’ prefix.

Nevertheless, this was a controversial signature as much as a hyped one; this was a player with a colourful past and one of the worst reputations in football. From incarceration to appalling on-pitch discipline, his trail of wreckage in life is a sadly long one, and it was with a huge amount of surprise that strict disciplinarian Mark Warburton even wanted the ex-Newcastle midfielder’s services.

But want him he did, and after weeks of an on-off saga, Barton was officially announced much to the delight of the vast majority of Rangers fans.

Here was Burnley’s player of the year, and a player comfortably included in the English Championship’s team of the year, and he was signing up at Ibrox to bestride like a colossus over the SPL, which, with his CV, including experience in France, and top clubs in England as well as his country, was a given.

Fans were willing to overlook his dodgy past, as long as he delivered on the pitch; but as his Twitter spats started to dominate the press, a few supporters started getting impatient with him, requesting he do his talking on the turf instead.

Indeed, as long as a player produces on the grass, he can get away with being a bit of a character off it.

Unfortunately, the absolute blunt truth is Barton just has not lived up to expectations, his reputation, or the hype that he himself created.

While not quite an utter failure, he has been painfully disappointing compared with what had been anticipated. Supporters expected a marauding titan, dominating the pitch, spreading the play, dictating the midfield and breaking up opposition attacks with ease. A holding midfielder who would shore up that soft centre by protecting his back line and pressing opponents off the ball.

What supporters have had is an off-the-pace shadow, a meek and rather timid shirt, failing to intercept much, lacking a great deal of movement, and not passing with any conviction at all. While not totally invisible, he has been flat, uninspired, and in no way what fans hoped for.

Some supporters may argue that ‘he needs time’ – well, he has had approaching 10 appearances now, and looks no closer to the player many expected than he did on his debut. In fact, if anything he appears to be going further away from that level.

If Joey Barton was anyone else playing at the level he currently is, there is absolutely no way he would remain in the team. He is being selected by name alone.

Meanwhile Jordan Rossiter, who has impressed a great deal more than his more illustrious counterpart, either makes do with a place on the bench or gets shoved alongside Barton in an ill-fitting midfield which has absolutely no balance.

In an ideal world Barton would be on the bench to earn back his place, rather than starting by default, with Rossiter taking that position for the meantime.

The Barton experiment is not working, and Rangers will suffer for it.

Time to go back to the drawing board, Warbs.