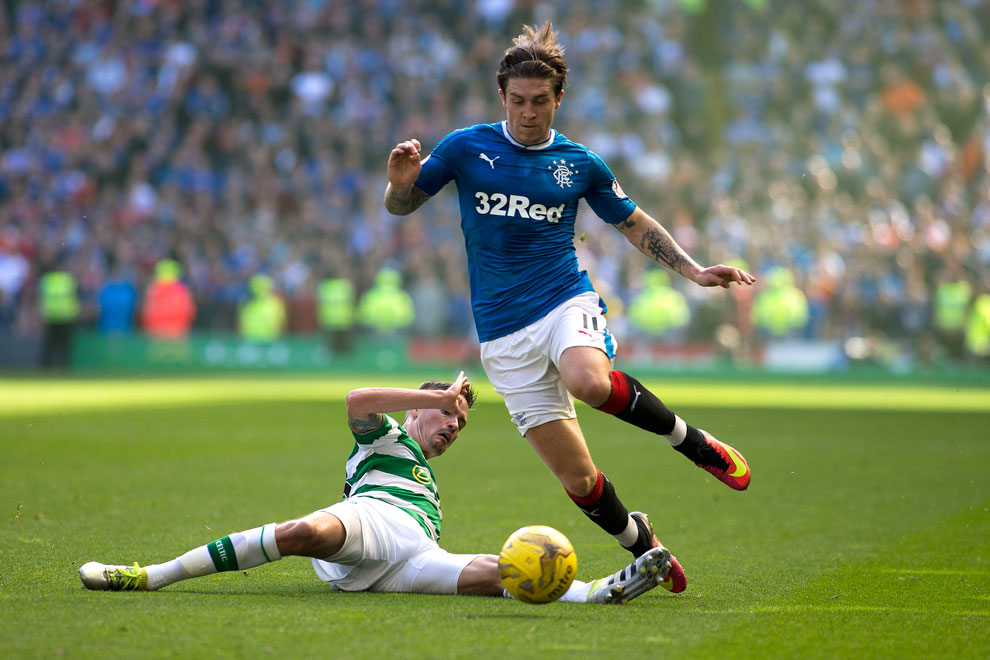 The 22-year old has only made a few appearances for Mark Warburton, but was one of the few to gain pass marks (if not more at Parkhead) and in terms of contribution has overall impressed significantly since making his long awaited debut in the Light Blue.

His father went on record to say two things about his son’s ability:

One, that his best position was in the ‘3’ of a 4-2-3-1, and two, that it is his contention that Warburton should build the entire team around the creative midfielder.

Sure, he would say that, right? But in terms of performances, Windass has certainly demonstrated a level of quality his transfer fee probably did not merit. The forward is big, strong, quick, has outstanding ball control and retention, composed, can score, and while he is obviously no Kaka, reminds of that kind of number 8 or 10 style.

So, on the surface at least, he has fit in perfectly to Warbs’ vision of a dynamic, fast-paced possession system attack.

There is, however, one increasingly significant problem, and while it is no catastrophe yet, it is unnerving – he is fragile as glass.

Josh Windass has spent more time being injured than on the field for Rangers, and while it does not yet threaten to derail his Rangers career, it is certainly affecting it.

Of the last nine fixtures, Windass has only played two of them. He made a surprise return to action at Parkhead, then stayed in the side against Ross County, but pre-match warm up for the League Cup visit of Queens he once again suffered a pull and had to be replaced last-minute.

One certainly hopes this is just a tender physical stage in a young man’s growth, where his body, due to the style he plays, has not quite ironed out the aches and pains and will mature in time, because the evidence is certainly there that his dad has a point.

Windass does have all the attributes to become a real star for Rangers; he truly has stood out like a sore thumb in the appearances he has gathered and quite possibly could become something rather special.

But the lad really needs to put together a run of games, with full fitness, and hopefully he will be fit for Sunday and will start. He fits right into what Mark Warburton is trying to do, and is one of the very few ‘game changing’ players Rangers have; a player who can do something on his own to turn a game round.

He very nearly did it in Glasgow’s East End.

Which is why his contribution would be so welcome up at Pittodrie.

Let us hope he is fit enough to make it.