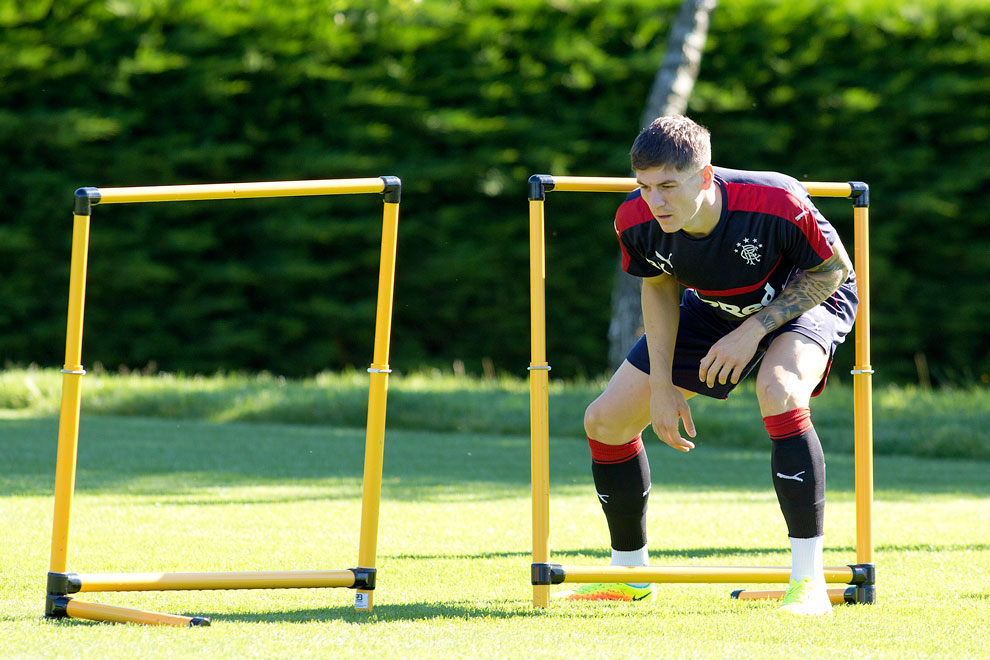 Robbie Kiernan was not a signing heralded with any great lustre by Rangers fans; indeed, no one actually knew who the big guy was, such had been his nomadic career to date.

The 25-year old (24 when he signed) had been the absolute epitome of a journeyman, traversing a staggering number of different clubs both north and south of the border before Mark Warburton signed him to ply his trade in the Scottish Championship with Rangers.

In fact, from 2008 to 2015 Kiernan had been at an astonishing 11 clubs, including 9 on loan under two permanent employers (Wigan and Watford), and had truly never impressed at any – he made a combined total of less than 100 appearances at all 11 clubs – an average at each of less than 10. Only at Wigan, Southend and Birmingham did he even manage more than 10 in any one spell at any one club, meaning that at 8 clubs, Kiernan could not manage even double digits worth of appearances.

And, the harsh truth is while he was average last season, with one decent spell in February, this season he has become a true scapegoat for the level his weaknesses have been exposed.

It is not fair to blame one player, so this article is not doing that – Rangers, as a collective this season have been mostly rank poor – only Foderingham, Tavernier, Forrester and probably Rossiter (with honourable mentions to Windass, Miller and Halliday) escape major criticism.

But if we are to be honest, Kiernan’s ever-presence in the heart of the defence has not helped matters, nor has his manager’s blind spot to him. Indeed, last season was the most Kiernan has ever played in one campaign, by absolute miles (23 appearances clear of his previous record, in fact), and he remained a first pick regardless of his vulnerabilities.

And this season has seen those vulnerabilities fleshed out to the max – he has been a new level of atrocious, and many fans are (maybe slightly unfairly) calling him the worst defender they have seen in the Light Blue.

Well there are other contenders for that dubious honour – Cribari, McCulloch, Perry and going back further, the likes of Karl Svensson.

But in the present era Kiernan has been ghastly – heavily at fault for all three first goals at Parkhead, he looked so scarily out of his depth it was almost tragic – and he has looked like that this entire campaign.

His normal partner Wilson has bailed him out many times, yet last season was everyone’s scapegoat, with many turning a blind eye like their manager to Kiernan’s glaring deficiencies. And while Wilson is not perfect, he is a better defender than Kiernan by some margin.

What Mark Warburton chooses to do from here on in is crucial. Rangers’ boss needs to drop the pals act (this ‘Watford connection’ nonsense has to stop) and play the best players, not the ones he knows the best.

It is so easy as a manager to go with what you know, hence Warburton’s fixation on the lower leagues in England and his own connections with Burnley, Brentford, QPR and Watford; and I for one am not going to berate him for that.

But if he is to turn round Rangers’ desperate current form, the first thing is to look beyond his own comfort zone; and that includes ditching Kiernan.

I gave Robbie every chance – even praising him here last season – but all signs of that potential are gone and in its place is a worryingly poor imitation.

Surely Warbs sees that too.