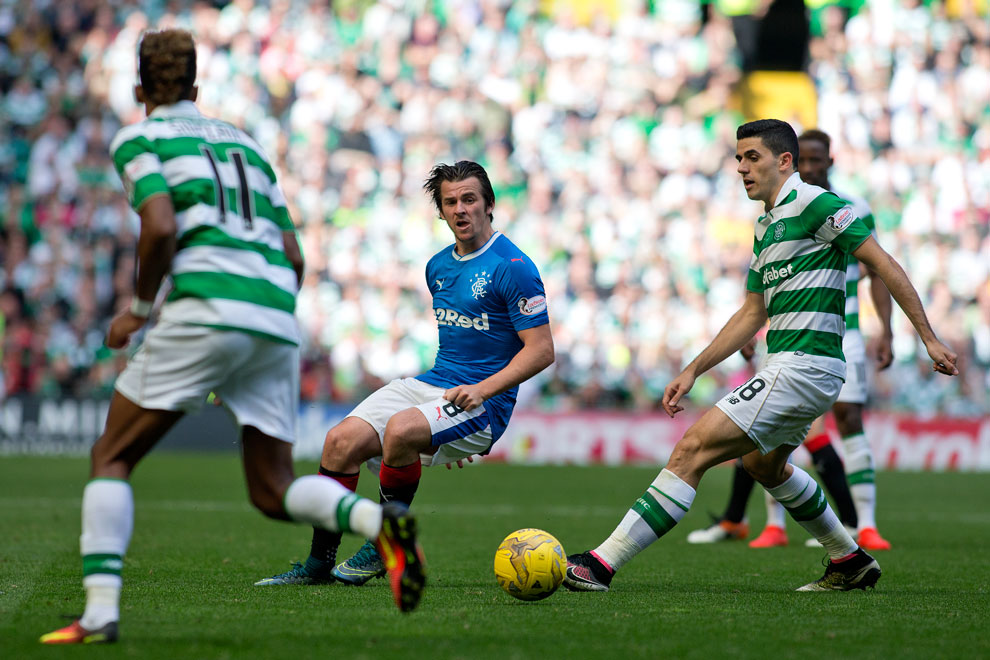 After today’s breaking news that following an apparent altercation with Andy Halliday Joey Barton has been banned from Murray Park and will play no part in Rangers’ next two matches, a number of conclusions can be drawn directly;

1: The player has been a let down and it is no loss for Rangers’ squad to see him not part of the pool.

2: All fans who had doubts about the player were clearly correct.

3: Warburton’s judgement (or whoever directly wanted the player) has to be called into question in wanting the services of Barton in the first place.

Barton, while not the firecracker he once was, remains a fellow with a dodgy past, and one of the most unpopular footballers in the sport. While last season was a rare gem from him where he behaved himself and even received club awards and league accolades, when he was linked to Ibrox most fans thought it a joke as it flew in the face of every ounce of dignity associated with Rangers.

And his Twitter spats with future opponents plus his general nonsense once he arrived, while occasionally successfully playing to the galleries, wore increasingly thin as time moved on and his contributions on the pitch lacked substance.

The hard truth is the Barton experiment has failed – and Mark Warburton (Or Frank McParland?) has to take responsibility for pursuing his services with such bizarre enthusiasm.

Barton was never a good fit for this club – and the midfield has been completely imbalanced since he debuted.

Not only that, but his performances, if not completely catastrophic, have certainly not been of succour to his team mates and few fans have been even remotely impressed.

It is early in the season, but Rangers cannot afford passengers, including highly-paid prima-donnas who do not contribute what their salary would expect, and who have been one litmus paper short of an explosion.

That explosion happened today; naturally the finer details are as yet unknown, but with Barton has always gone trouble and controversy.

Only this time, his talking on the pitch has not compensated.