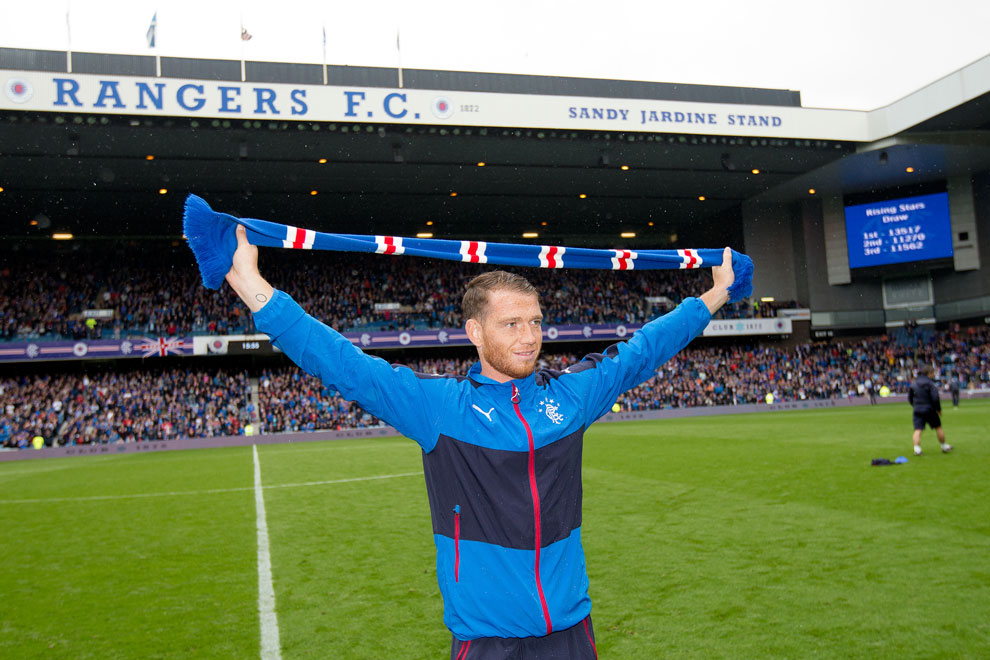 After completing the £1.5m signing of Preston North End striker Joe Garner, Mark Warburton now has four players who can play centre forward at his disposal.

The latest signing, who joins Miller, Dodoo and Waghorn up front at Ibrox, will be expected to feature regularly due to the size of his price tag, but there is growing opinion that he may not be one of the first names on the team sheet.

I have to agree that no player in the squad should be in the starting 11 just because of their previous reputation and/or price tag, but it is a lot of money to pay for a 28 year old if they are not going to be a regular starter. The Killie game on Friday will be interesting for Garner, and for me it marks a perfect opportunity for us to see how he copes in the light blue Jersey. Kilmarnock will set their stalls and defend deep as they did against us twice last year, so in that respect it would be great to get Garner involved and up to speed in time for the Old-Firm game two weeks later.

Of course, we all know how valuable a fully fit Waghorn is to Rangers’ squad, and the Englishman will certainly be working his socks off to try and be fit for the game this Friday; and if he was to be fit then Warburton has a massive call to make.

We also cannot forget about Miller and Dodoo. Whilst Miller has already missed four or five excellent chances, bordering on sitters, this season, it is worth pointing out that his two goals have earned us 6 points out of the 7 we have this season. My thinking, though, is that Miller can now become more effective as an impact sub – someone who can come on for us to wrap up a game or to give us an added option when we are looking for a winner right at the death, like we saw yesterday.

Joe Dodoo is also an interesting one. We know that he has an abundance of talent, but I don’t think that he is near the top of the pecking order when it comes to fielding a starting line-up for our manager. When he came on against Motherwell he looked fresh & dynamic, although he did perhaps lack the end product that we craved at the time.

I can see all four of the names mentioned in this article all getting a decent amount of game time this season. All of them bring different styles to the team as well as different strengths which can be used to our advantage against different types of opposition this season. Having said that, if all four are firing on all cylinders then I would find it very hard for Warburton not to name our £1.5m hitman as his number one choice in the striking department. The board have backed him on this one and it would be a shame to see him become a bit part player in this exciting squad of ours. An interesting statistic to point out is that Garner massively outscored Waghorn in League 1 in England, so can he replicate that here and go on to score 30+ goals this season?