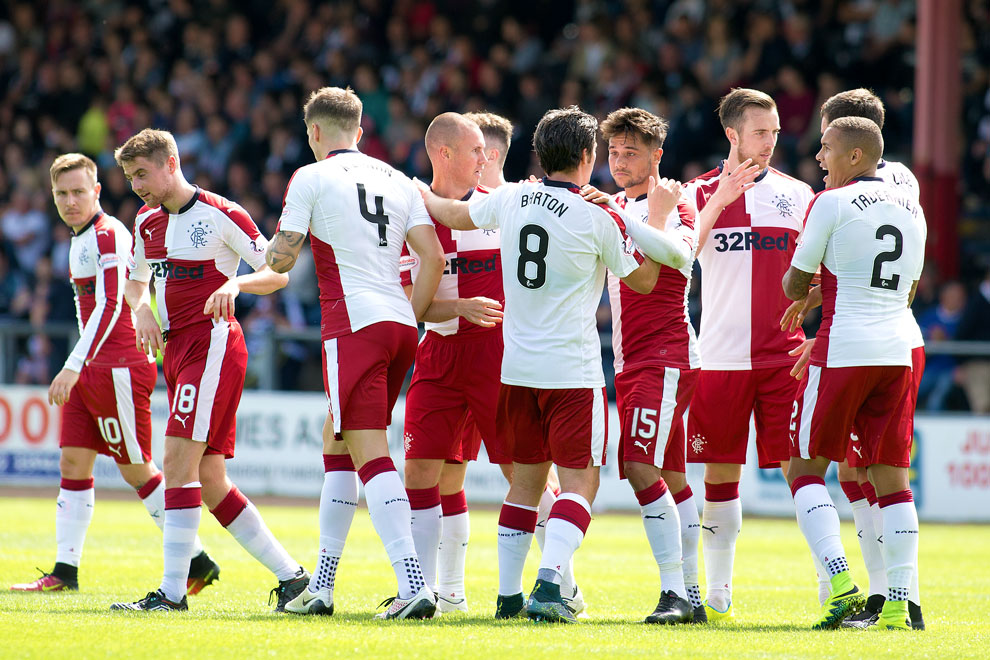 It really is a nice problem to have – with an entire new XI signed this summer (Joe Garner should be announced over the next 24 hours, Philippe Senderos and/or Joleon Lescott is set to join them) Rangers’ business this summer has been some of the most dramatic turnover at Ibrox (in a good way) since summer 1998 when Dick Advocaat effectively signed a new team.

Those days are long gone, of course, with silly £12M fees for Norwegians best forgotten, but that this summer has seen (likely) eleven players secured at an outlay struggling to hit £2M in total it represents absolutely incredible value for money.

The fact Rangers are back in the market for the likes of Barton, Lescott, Senderos and Kranjcar (not to mention former Milan defender Onyewu) really does show the incredible pulling power of Ibrox, Mark Warburton, Frank McParland and Rangers.

Well, it sure is not for the SPL…

But what is Rangers’ best XI?

It is evident that no matter who Rangers fans might theoretically select, there are at least six or seven unhappy players who have a strong case for selection.

If it is not Michael O’Halloran it is Harry Forrester. If not Martyn Waghorn it is Joe Dodoo. And that is without even roaming anywhere near midfield where Rangers are bursting so hard at the seams with quality that poor Jason Holt, arguably Rangers’ best midfielder last season, cannot even get a looking in beyond the odd sub cameo now.

Picking the best XI this season is a nightmare, but a good nightmare to have – if ever something represented a deep squad, it is the lack of universal agreement over the best possible team selection. Even now with Senderos and Lescott potentially joining the ranks in Govan, defence may finally start to look properly blessed with quality.

Here is an Ibroxnoise.co.uk theoretical XI. Select your own and tell us how little you agree!