Home Rangers What did Rangers’ first win in the SPL for four years mean? 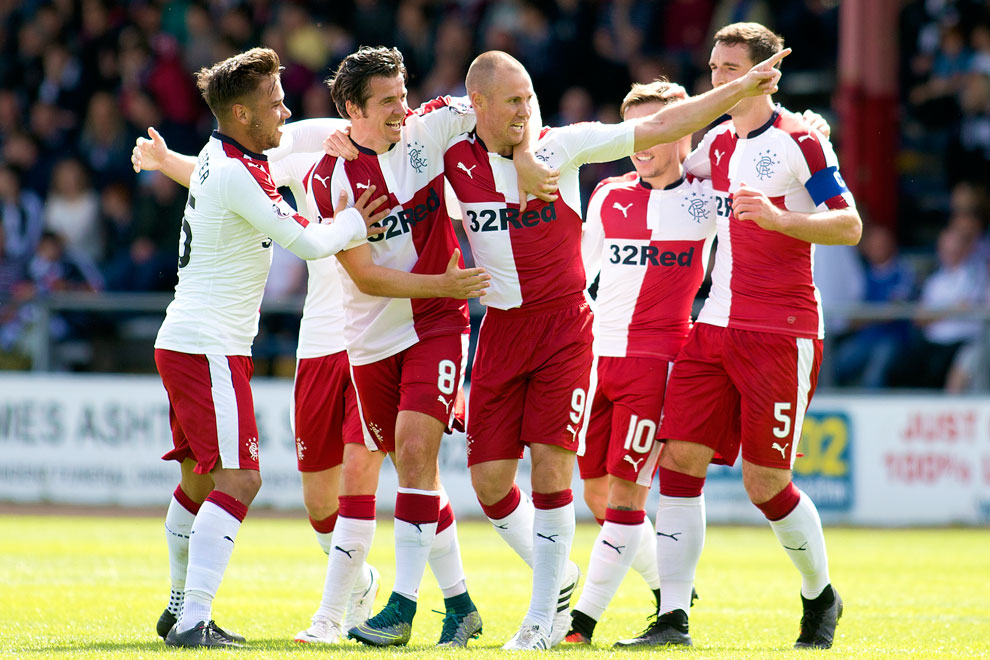 There is no denying there was a little pressure yesterday when Mark Warburton took his men to Dens Park, given the disappointing opening performance and result against Martin Canning’s Hamilton Academical.

While Rangers’ last encounter with Paul Hartley’s side saw the home outfit run riot, that was a cup match, and this was away in Rangers’ first trek to ‘foreign’ SPL soil in four years.

So there was definitely a little bit of added incentive yesterday for Rangers to prove their sceptics, myself and other Bears included, entirely wrong about their chances this season, and deliver something which would give the players and fans some tangible hope.

Now, while the display and result were by no means perfect (in fact it was far off both) it was certainly progress, and crucially showed Warbs’ XI may have the steel to grind out a hard-fought win when it is required.

It all started out scrappily enough, with neither side really getting anything going for a good 10+ minutes, before Rangers’ smooth passing play and wholesale domination began to take hold. Indeed, even Harry Forrester’s clinical opening goal was as a result of a slightly patchy period of play, which finally settled Rangers down and allowed the Rangers we are more familiar with to manifest itself.

It continued in this vein before Kenny Miller added a thumping second.

It was not Rangers at their vintage best under the Magic Hat, but they were far and away the better side, even if, as usual, the defence was like a sieve and there was zero understanding between this match’s central partnership selection of Danny Wilson and Rob Kiernan.

Indeed, they had been quite exposed on a number of occasions, and thankfully messyrs Forrester and Miller’s goals made this feel more comfortable than it probably was.

But when Joey Barton’s ball-watching let O’Hara sail through defence to get one back right on half time, it set the second half up rather well. Well, certainly for the neutral.

The second half was a right royal battle, a real war of attrition – and it showed Rangers have the battling qualities they will need in abundance in this division.

In the end Warbs’ men held on for a critical win at a notoriously testing venue, and can be pleased to have rolled up their sleeves to fight for the three points.

It did not really teach us too much on the football front that we do not already know. We are aware Warbs probably never will instil defensive solidity in his team – unable to secure a decent new CB, and his usual emphasis on midfield to attack means it is unlikely any time soon that Rangers fans will have any confidence in the back line.

We also know we can pass near enough any Scottish side off the park, and on pure football terms Rangers are clearly the best team in Scotland; but we are currently far from the most reliable or clinical and that is what separates the best from the also-rans.

Hopefully over the course of this season, Rangers will continue to develop and improve and show all and sundry they have the mettle to compete at this level as well as the ability.

Four points from the first six for a newly-promoted team is not too bad. It is something to build on; while Warburton will know there is plenty to do, and by no means are Rangers anywhere near the finished article, there are nevertheless foundations to work with.