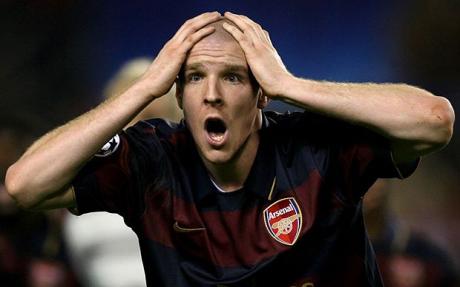 Rangers have this morning been linked with a move for former Arsenal and AC Milan centre half Philippe Senderos.

The 31 year old stopper has experience at the highest level, with plenty of time spent in the EPL, and Serie A with the Milan giants, and has also plied his trade in Spain with BBVA cracks Valencia.

Reports claim Rangers have offered the defender a one year deal, with the former Everton CB currently back in his homeland with Swiss giants Grasshoppers, but he is out of contract, only having signed with them for six months in January.

Reaction to the link has been mixed at best, with some fans disappointed Rangers are in the market for another aging defender, but then Warburton at this stage is possibly finding his options narrowing and in truth there are worse defenders out there than a Swiss international like Senderos.

As with all stories, we will see if this one has legs.