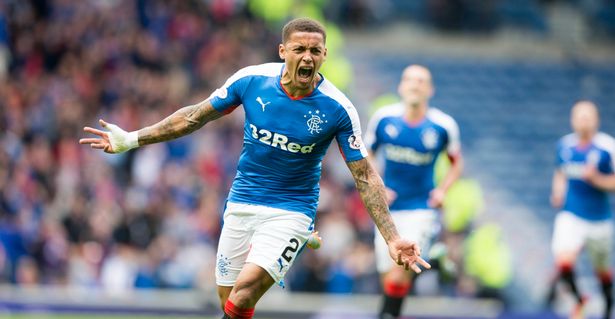 Rangers have this morning been heavily linked with having reportedly received a hefty £2.5M bid for star defender James Tavernier from Turkish giants Trabzonspor.

The Süper Lig outfit were outfitted well enough in RB with Luis Pedro Cavanda slotting there but he since switched to their rivals Galatasaray and with Tavernier signing an extension the English flying full back now has real monetary value on his head.

However, Tav is deemed critical to Mark Warburton’s Rangers system, and although Rangers have a Northern Ireland international in Lee Hodson also perfect for that slot, it could provide funds for the desperately-needed defender and striker Rangers are actively seeking.

£2.5M given he cost £250,000 would represent a fine profit, and would enhance the team if the right players came in for that cash, but is Warburton willing to lose one of his star men to improve the team as a whole?