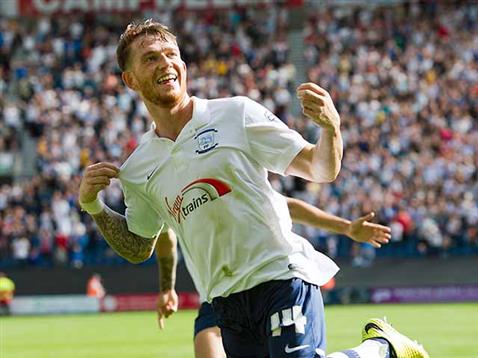 Tonight reports have broken claiming Rangers are closing in on a permanent signing for Preston North End’s Joe Garner.

The 28 year old striker has been linked with Rangers for some time, but a national publication, which did accurately break the Clint Hill story, has now claimed Rangers have moved significantly closer to the prolific front man with a financial package on the table.

The former Blackburn Rovers attacker is said to be valued at £3M by some outlets, but the latest claims suggest £1M will be enough to prise him away from The Lilywhites and the English Championship.

In truth these reports seem a little implausible, but then so did Joey Barton and Niko Kranjcar.

At a just over one in three ratio for PNE, Garner would be an outstanding addition if McParland was able to secure it, but it would be a shock to see Rangers spending that kind of cash on him.