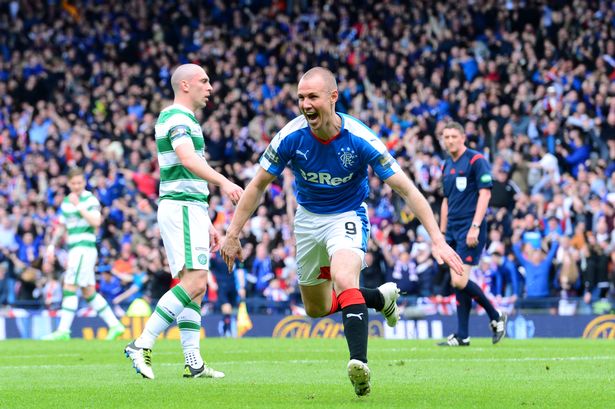 One of the most regular insults aimed at Rangers these days is the label of signing ‘pensioners’. That the likes of near-38 year old Clint Hill will not strike fear into the hearts of opponents and Rangers are there for the taking.

But is there any truth to the notion that Rangers are filled with ‘mature’ players and that the market Mark Warburton has had to plunder has been beset with geriatrics?

Let us break down Rangers’ squad and look at the ages of the most significant players in there, and see if age (and fitness) really is a problem for the upcoming season.

Starting in goal, we have 25 year old Wes Foderingham. That age is a baby in goalkeeping years. He is flanked by 34-year old Matt Gilks. In goalkeeping terms that is more than acceptable.

Lee Wallace at left back is 29, just turned. His counterparts Lee Hodson (24) and James Tavernier (24) are hardly in the twilights of their careers, while in the middle Danny Wilson is a mere 24, and Robbie Kiernan just one year his senior at 25. Last but not least is Clint Hill, a veteran at 37.

Now we turn to midfield:

Matt Crooks is a miniscule 22, while his fellow holding mid Jordan Rossiter is a baby at 19. Joey Barton adds experience at age 33, and the versatile Andy Halliday is a solid 24.

Niko Kranjcar is still pretty young for an 82-Croatian cap at 31, while Josh Windass is a pipsqueak at only 22, where young Jason Holt himself is still only 23. Harry Forrester makes up the last echelons of the creative chunk of midfield at the ‘ripe’ old age of 25.

Now we move into attack.

Barrie McKay is still only 21, while Martyn Waghorn scrapes into his mid-twenties at 26. Then we have Michael O’Halloran at 25, and Joe Dodoo at a minute 21. Lastly we have the wily head of Kenny Miller at 36.

So…in total Rangers have five players in their entire squad over 30. A squad of circa 20 players, and only a quarter are over three decades old.

Furthermore, of these players the only absolute guaranteed starter when fit appears to be Joey Barton. Even Kranjcar may rotate, and Miller surely will. Hill is unlikely to play every match.

So, let us look at the overall average age of the squad:

To suggest Rangers have an aging squad filled with pensioners is hate-filled bile from opposition fans who are scared this young, hungry squad is going to hurt them this season.

But call us what you like, fellas. Does not alter the facts.