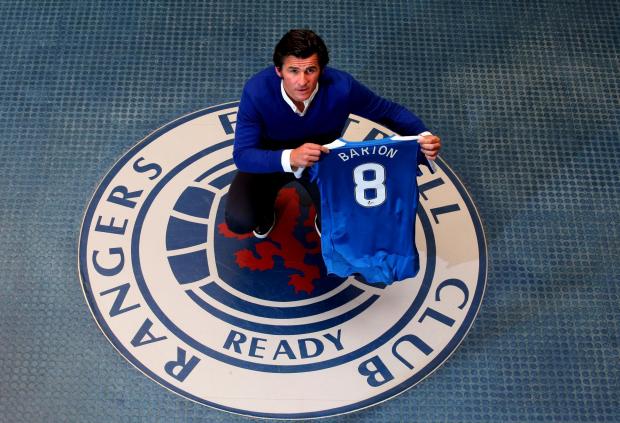 Some might argue Rangers are only four matches into the new season, but the reality is that is not only enough to make an early judgement in itself, but there was of course the small matter of the League Cup too, making Rangers’ competitive outings now totaling a fairly substantial nine for the new campaign.

It does seem enough 90 minutes have been completed now to make some kind of review of the new signings, and how they have fitted in to this point. Have Frank McParland and Mark Warburton recruited wisely? Have there been any disappointments so far? Or have all the new players done their bit at this juncture?

Here is a player-by-player compilation of the new blood:

The best thing about Gilks has been his presence – it has pushed established number one Wes Foderingham up a level, and the former Swindon keeper has by no means disgraced himself in the SPL. His understudy has had little to do, in truth, making only a handful of appearances, but on the simple basis we are seeing so much more from Wes by the sheer competition, the signature of Gilks has to go down as a success. 8/10

A surprise acquisition, his arrival at Ibrox was justified by many on the basis of comparisons with David Weir. Here was a veteran defender coming in, pretty much at the end of his career, and if Weir was anything to go by, his age was not a valid stick to beat him with. Unfortunately, Hill has been extremely poor so far. The only matches he looked remotely at ease in were the trip to Stirling in the league cup, and the visit a few days earlier of Annan. Otherwise he has looked completely off the pace, never more highlighted than when ‘Speedy Gonzales’ himself Kris Boyd absolutely did him for pace at Rugby Park. No wonder Rangers are working tooth and nail to try and secure Philippe Senderos. 4/10

The Northern Ireland international has had limited game time but looked rather good when given his chance – indeed, he has been called up by Michael O’Neill again for this upcoming international break. His signature has also pushed established RB James Tavernier on as well, and vastly improved his defending. This was a wise import, and one that seems to be working on all fronts. 8/10

The hype over this one was colossal, most of it generated by Barton himself, and with the reputation he brought from England Rangers fans expected a midfield dominator and enforcer to grace the Hallowed Turf. Alas, he just has not produced on that scale. By no means a failure, he nevertheless has not lived up to expectations so far, and one wonders how long ‘lack of match fitness’ will continue to be an excuse. He will be closely judged at Celtic Park next month, and one hopes the classy player who owned the English Championship player last season finally makes an appearance. 6/10

Valued at £8M, Rangers got him for £250K based on cross-border youth transfers, and it looks like one of the canniest quarters of a million spent in some time. Drawing comparisons with both Barry Ferguson and Steven Gerrard, Rossiter has slotted in absolutely impeccably, reading the game brilliantly, rarely wasting a pass, and working hard to close opponents down. Not to mention quite happily tackling too. In Rangers’ currently underwhelming midfield, he has been an absolute stand out. 9/10

The Croatian has had a patchy time at Ibrox so far. Glorious at Fir Park, he struggled v Hamilton. Another composed display v Peterhead, he was underwhelming at Dundee. When the Croat is on his game, his vision, awareness, class and general composure are a joy to behold, but when teams give him no time, he struggles to make any sort of impact. That Hamilton criticism stung him, and he has looked like a man trying to prove his doubters wrong. There is potential here, let us just hope it starts to fully click for him. 7/10

Only really able to have any sort of impact in the League Cup before injury ended his time in the side, Windass has been, on the brief amount fans have seen of him, a breath of fresh air. A strong, creative, goalscoring midfielder with intelligence, pace, dribbling ability and power, Windass has all the tools to really have an impact – one only hopes he comes back from injury in the form he was in. 8/10

Not really been given a chance by Warburton, limited only to sub cameos and one ill-fated start at Killie – Dodoo has managed to score in his fleeting appearances and looked positionally sound with strong awareness and reading of the game, but as yet has not really made the breakthrough to first-team regular. One wonders if his new manager actually favours him at all. 6/10

Unexpectedly given a debut at Killie thanks to aforementioned untimely injury to his team mate, Garner gave Rangers a glimpse of what he could offer. Not a lot, so far, in truth. Some good positions, a couple of wayward shots, and the ability to draw a lot of fouls. It was only 90 minutes and he did not expect to play, so it would be unfair to make any conclusions but what he displayed was distinctly unimpressive. Plenty time to prove himself though, and one wonders if Celtic Park will be the place he will do it. Just please do not dive again. 5/10

Feel free to agree, castigate, disagree, froth at the mouth in the usual place, folks