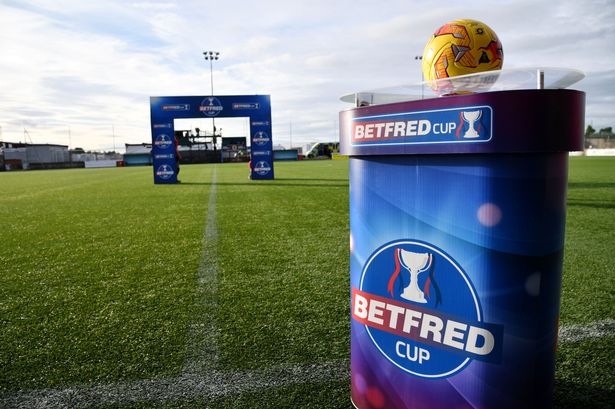 At last, Rangers received a proper pre-season friendly game, which turned out to be a very disappointing, but highly competitive 1– 3 defeat against newly-promoted English Premier League side Burnley, who were far too well organised in defence, and much too strong in attack for us at this stage of our pre-season matches. It comes just seven days before we welcome Hamilton Accies to Ibrox for our long-awaited return to the Premiership, on 6 August at home, and the game will be televised on Sky Sports with a 12.30pm kick off.

The new League Cup concept was a huge flop for Rangers, playing four games in a downright brainless nine-day period. Which second rate decision maker put this third rate new format together? Mark Warburton was very scathing about the way everything was planned out and immediately it was revealed what was in store for his Ibrox side. He knew his club could do nothing to change it, as the decision was made and Rangers just had to get on with this ludicrous arrangement. Hopefully the powers at Hampden will see clearly that their ill-thought-out set-up MUST be changed before the start of next year.

I’ve got a good idea, why don’t we let a first-year primary school come up with a much better system, ‘Oh goodness’ – it appears that is what they did this year! Well I suggest that we try the second-year primaries to improve next season’s structure to the League Cup. Let’s be serious – you couldn’t possibly come up with anything so appalling as that fixture list they came up with this year. Who exactly is making the excruciatingly useless football decisions in Scotland, and should they hold on to their job? Scottish Football is a joke and bad enough without clowns in office making it worse. The only thing missing is their painted faces (see what I did there)?

The first foolish mistake was allowing Celtic, Aberdeen, Hearts and Hibernian first round byes, because they were appearing in European competitions. What was wrong with starting the League Cup campaign after their ties were played?! Was this move too clever for the bad planners? It would also have allowed every team in Scotland to prepare their pre-season games so much better. This year they were forced into a knock-out situation of four competitive matches, over a ridiculously short period of time, and it was also far too soon in the season to be eliminated out of one of only three major competitions in the season.

The second nonsensical decision was pairing Motherwell v Rangers for the first game of their League Cup campaigns, as it came far too early in their preparations, and then both sides were playing inferior teams after the two Premiership teams had met each other. This game certainly didn’t suit either team, which tells you that it was not the right way to plan it. The crowd was also very disappointing as it was at the start of the Glasgow Fair fortnight and lots of fans were abroad on holiday.

Playing against lower league sides, Stranraer, East Stirling and Annan Athletic, was not the ideal preparation for Rangers to be ready for their first appearance in the Premiership for four long years either. This was all due to the incredibly spiteful ban from SPL clubs who should have known better, and almost drew the SPL to its knees, and financial disaster – which really does serve them right, for being so short sighted!

That said, Rangers (and every other team of course) should have been allowed to find first-class opposition to play in pre-season meaningful friendlies. This way both managers can agree to play as many substitutes as necessary to enable as many of his new squad to get bedded into the team and more players involved in the various matches. Many English sides would have relished pitting their wits against this very talented new Ibrox team, and Rangers would have benefitted much more from playing against far superior outfits.

This would have left them so much better prepared for this highly competitive season, where let’s be honest, Rangers have to try and win the league from 1/4 favourites Celtic. Anything less than second place would not be accepted by Warburton, Weir or McParland after all the hard work they have put into signing all these new players. The least the fans will accept is reaching next season’s European placings, which would earn them some much needed money, for the still cash-strapped side.

This is perhaps the type of pre-season preparation that Mark Warburton would have preferred. An away game against Falkirk who gave us a whole lot of trouble last season would have made a decent start. Then another away tie against Tav and Waggy’s old team – Wigan. Followed by two Premier League matches like Everton and Burnley (or similar) at Ibrox, all before any competitive games were due, and without much travelling involved.

The current squad has seen nine first-team players added so far, and it looks to have much more strength in depth than last season. Warburton has stated that it’s not about his best eleven because, for him, it won’t matter this season. He plans to use every first team player during this new campaign. This means that he expects everyone to understand their role in the team, and to maintain their high level of fitness. With another centre back and striker, hopefully still to come, we a have a talented, manageable sized squad to deal with injuries and suspensions. We also have many versatile players in the side, and at last, after all the new signings, they all have a comparable quality. But they would have been better prepared for this season had the league cup format not been so poorly conceived!

What do Ibrox Noise readers think? Was the League Cup change a shambles?